We’re currently finalizing The Things Stack v3.11 that we hope to release later this month. After v3.11 is out, we plan to deploy our next community clusters.

When new clusters are added, we’ll announce them here on the forum, and we’ll update our cluster picker. 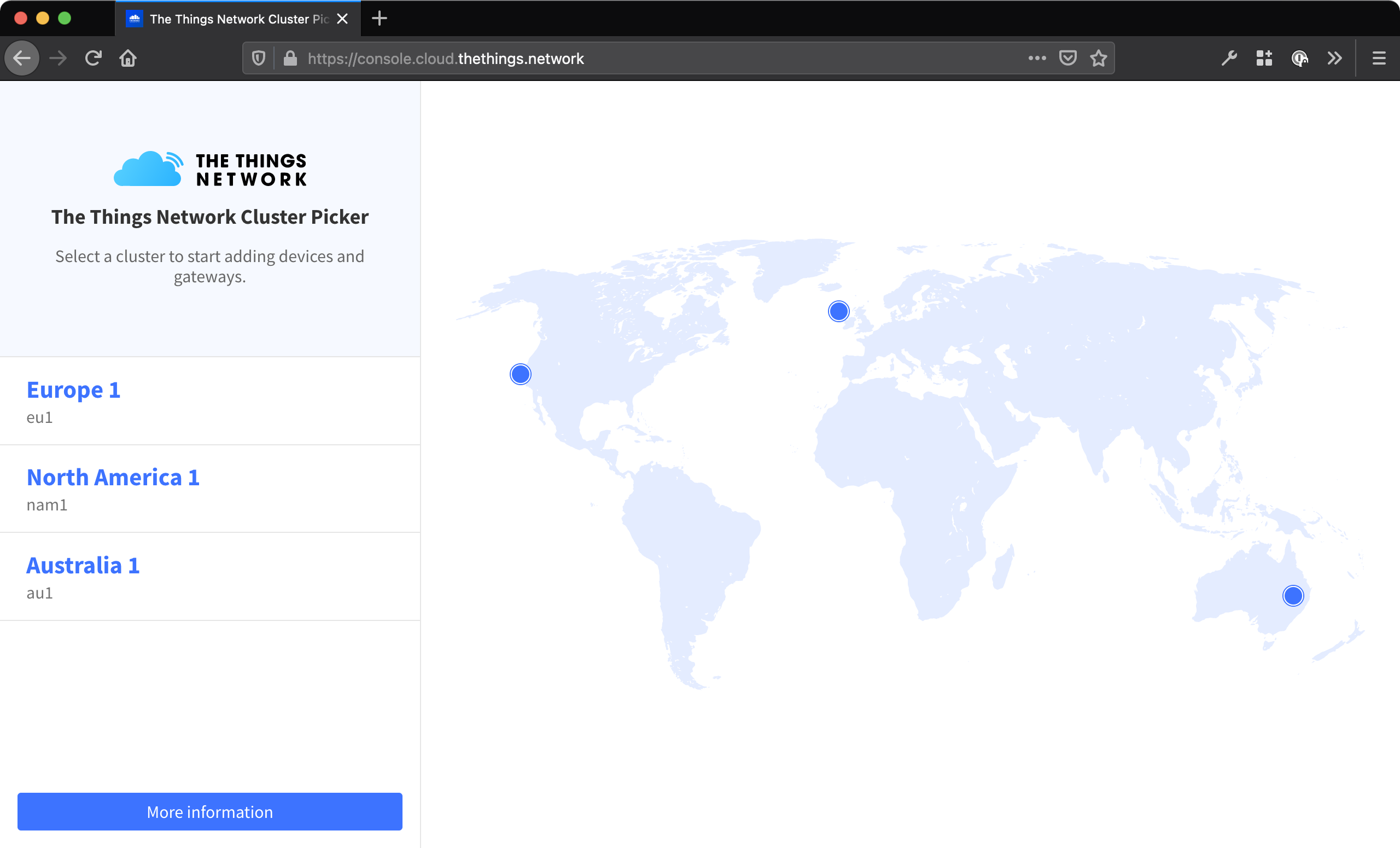 Our first cluster in Europe is called eu1 and is deployed in Ireland.

Our first cluster in North America is called nam1 and is deployed in California.

Our first cluster in Australia is called au1 and is deployed in Sydney.

We’re asking the community to indicate their interest in potential future community clusters. This information will help the team decide when and where to deploy additional clusters.

Everyone can indicate interest for max 3 regions.

This is going to be horribly distorted by the geographic region a voter comes from.

Perhaps a Google Form that asks for the continent you are on and then the same options with a maximum of three. Then you can correlate where different continents are voting for.

How about drawing up a chart comparing latency vs. gateways vs. devices.

In certain area there are more gateways and clusters there would make sense in the way of reliability. And in other corners the latency is high. 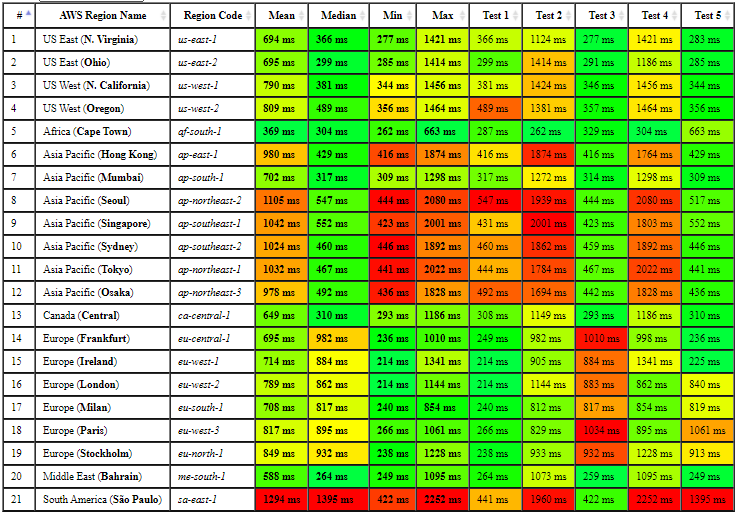 I agree with you @descartes. That will be more helpful.

With all planned clusters deployed, an official announcement should get sent out soon.

If you haven’t already, you can indicate your interest in possible future clusters in different geographic regions by voting on the poll in the top post in this topic.

This is going to be horribly distorted by the geographic region a voter comes from.

Hopefully not the region closest to where they’re from, but the region closest to where they plan to deploy their gateways/applications, which might be somewhere else. I’m actually more worried that the outcome will be distorted by the fact that this forum is dominated by community members from countries where English is forum users; I can imagine that people who are less comfortable with English will not be very active on this forum, and wouldn’t vote at all. So I agree that it’s not perfect, but it’s still better than nothing.

China owns frequency channels CN470-510, but it doesn’t even have the right to vote.

Unfortunately it’s not that easy for us to deploy server infrastructure on the Chinese mainland, but you can still vote for a nearby region such as Hong Kong. Compared to v2, The Things Stack (v3) makes it much easier to use any frequency plan on any of our clusters, so you can even try connecting your CN470-510 gateways to our eu1 cluster.

What AWS resources are needed for a cluster? AWS is spinning up more local zones this year, with limited services initially. I’m in northern New England, US, and Boston is in preview, with NYC being added later this year. I don’t think there would be much difference in latency between what I already have with us-east-1, but it would be interesting to validate that assumption. I’m pretty sure it would be better than west coast, though

Also, is adding an org on a community cluster supported? I see it available in the UI. If so, are there details to consider documented somewhere?

The truth is out there:

Thanks, I’ve read these docs. Lots of great information. If the community ice cream is just vanilla, my question is answered.

What AWS resources are needed for a cluster?

This is described in the docs, so if you followed the links @descartes posted, this question should already be answered. In case anyone was still wondering, the infrastructure behind The Things Network v3 clusters is described here.

We have no plans to use AWS local zones. The core functionality of The Things Stack – routing LoRaWAN packets – works fine with latencies of 250ms, or even higher when using an RX1 delay of 5 seconds.

offtopic, sorry about that.

@htdvisser and @johan are developers aware that current gateway server version in V3 runs on a snapshot release? I saw it on TTI api since yesterday.
It is running on v3.11.1-SNAPSHOT-3cacc0720