What type of IPEX connector is typically used on LoRa modules?
I thought generic “IPEX” would be specific enough, but my antenna supplier needs a IPEX connector model spec.

That’s entirely down to the device, there is nothing about antenna hardware connectors that is ‘typical’ for LoRa modules.

Does your device not have a data sheet? Can you send your antenna supplier a picture?

Can you send your antenna supplier a picture

That won’t work without including a rules for reference as the dimensional changes are very small. I recently had to acquire some male connectors for a board and the options on Ali were that confusing/similar that I ordered some of a couple of different types.
This message clearly states which version the LDS01 has, from looking at it I hadn’t noticed it was different to the ones I (up till recently) considered ‘standard’.

@descartes The module datasheet only mentions “IPEX”. I contacted the module maker, but no response yet. Checking the iPEX web site (https://www.i-pex.com/) shows several RF connector models that -at first glance- look alike, but apparently not compatible.
I found a connector picture with inscription “13 IPX”.
This would be IPEX connector model MHF I. So now I answered my own question

Hope this is useful for anyone looking for the same info. 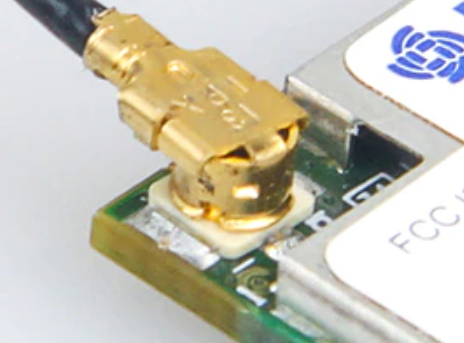 useful for anyone looking for the same info

Would be even more useful if we know the exact module you are using… looks like it might be a RAK module?

Yup, how much quicker would it be for us to see the entire module or even mention the part number right from the beginning.

But as I have all of the RAK modules on hand and some on my desk from last weeks output:

TinyThing4200 = ProMini with RAK4200 to off-load the LoRaWAN element, leaving plenty of space for sensors and extended firmware but still accessible for those that don’t code ARM all day every day.[TinyThing4200_RAK] [TinyThing4200_ProMin]

MiniPrototyping4200 = ProMini, RAK4200 and a surfeit of connectors. Pile of these about to go out with a variety of sensors to do some getting started training via remote. [MiniPrototyping4200] There will be a TTIG in the box for their local gateway.

I can confirm these are industry standard u.FL connectors.

Plus the RAK4260, RAK4631, the entire range of MCU + RFM95 boards I do and about a zillion other radio based modules.