I would like to migrate my Gateway that has been working on TTN to v3, I’m using a RAK2245 along with a RPI3B+. For the initial setup, I’ve followed the latest documentation:
GitHub - RAKWireless/rak_common_for_gateway (*), to my knowledge the RAK2245 is using the UDP Semtech Packet Forwarder:
https://www.thethingsnetwork.org/docs/gateways/packet-forwarder/semtech-udp.html

For the migration, I’ve checked the latest threads:
https://www.thethingsnetwork.org/docs/the-things-stack-v3/migrate-to-v3.html

Registered new gateway on v3 and then removed the old one. I have exchanged the entire global_config.json file with the one provided by v3 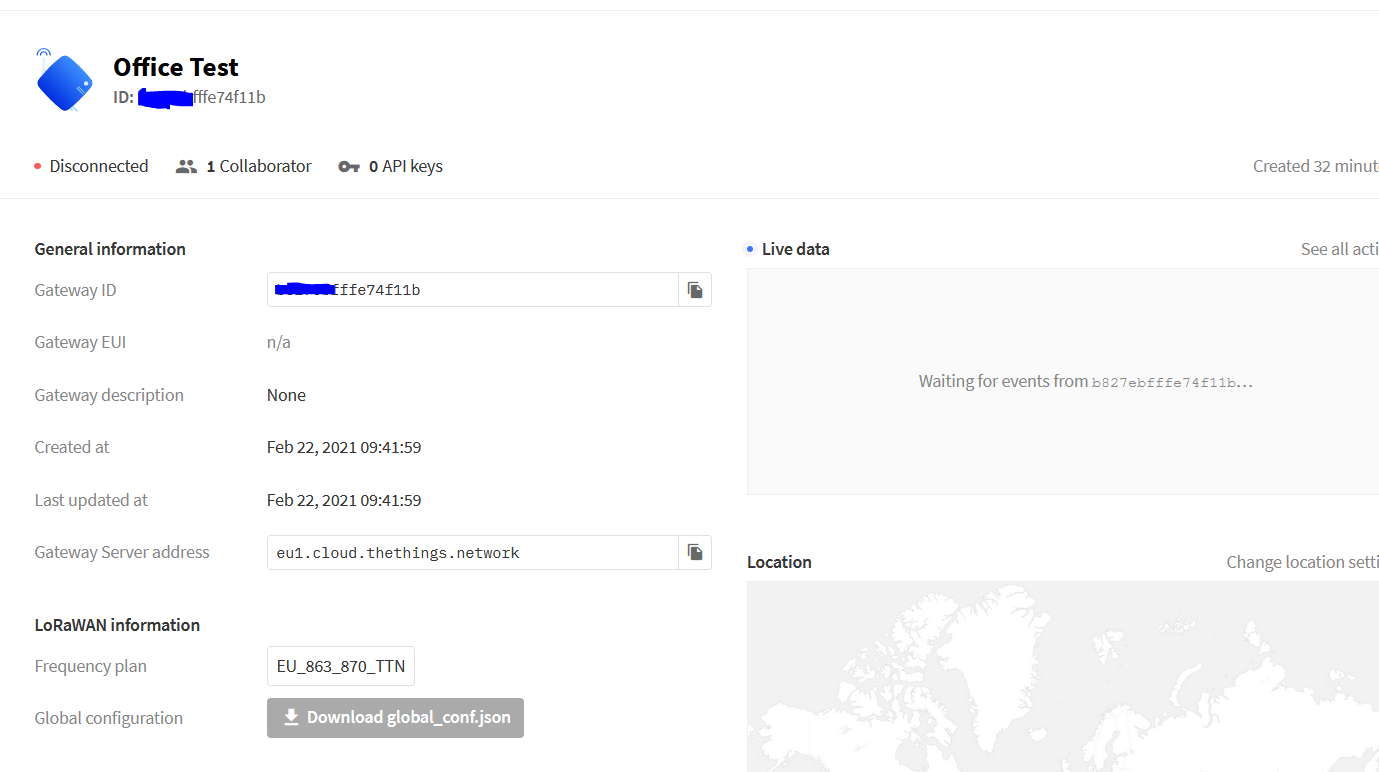 The gateway has not yet sent any data. I’ll just reinstall the gateway from scratch again and try my luck. Hear you in a couple of hours at most.

The gateway has not yet sent any data

Did you check the logs on the gateway to see if it is sending or are you saying that because nothing is arriving it is not sending - I suspect the TTSv3 will need an EUI entering.

Both didn’t show me a successful connection. What is the recommended way? I guess b) - taking the one of v3.

The service is running fine: 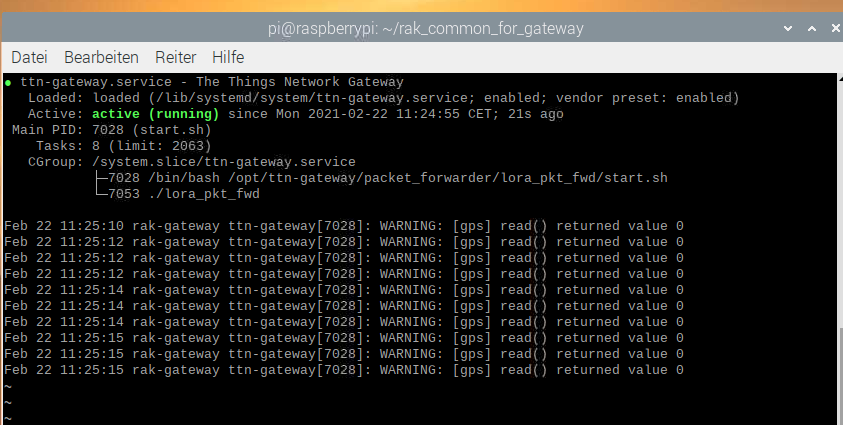 The EUI was correctly inserted in the local_config.json during installation.

@descartes
Thanks, that did it…

When adding a new device in the V3 Console it is currently not possible to generate a new DevEUI. This is a known issue. Generating new DevEUI will be added in a new release. (The DevEUI is actually not generated but will be issued from a valid range of DevEUI.) The DevEUI is required for adding a new device to a V3 application. Existing V2 devices will already have a DevEUI but many new (DIY) devices will not. As workaround a temporary device can be created in the V2 console and then copy …

If you have any suggestions for improving or fixing the documentation see:

Where to find the V3 documentation?

Hi, I have some RAK831 RPI based gateway, and I would like to know if the procedure is the same for the migration to v3.

It’s not a given that you actually need to do anything other than change the server address in the config file.

Whatever you do do not de-register your gateway in V2; leave that so that you can come back to it, and create a new registration. Only the version you actually point the gateway at will be active.

However, if your setup is an older one, it may be that you have an early version of the packet forwarder software without a jit queue, in which case you probably want to update. If in your packet forwarder sources you don’t have a jitqueue.c or messages about jit in the logs, then that might be the case.

If updating, I’d strongly suggest checkout out the code directly from Semtech rather than using a RAK or even TTN version of it; especially as the RAK831 doesn’t have the slow SPI of some later RAK products and so should not need any adjustment.

You may also want to do the install on a new SD card so that you can set the existing working one aside to come back to if you need.