Hello Everyone,
I have some custom made moteino end user nodes with RFM95W that were sending data every 10 min since 1years and half on ttn v2. Today i decided to finally migrate everything to version 3.

So thanks to many post on this forum I updated to rak2245 pi to ttn v3, success connected, receiving data…

My end user devices, i imported them manually in console (im in ABP) thanks to this post :

I’m writing this post as a quick draft that will be extended and eventually turned into a documentation page.

Migrating existing ABP devices requires one of the following: Your gateway is connected to V3, or You update the device address (DevAddr) in your end device(s) with a new device address generated in the V3 console. This option may require flashing new firmware to the device. Read below instructions carefully. If you make a mistake it might not be possible to correct it l…

When it fail i get this error:

I noticed i was missing always 5 messages in a row, then was receiving fine for 3 message in a row etc…
so by looking at frequencies, i noticed that it always work when received on those freqs:

and always fails from those freqs

I’m running out of idea and will probably migrate everything back to ttn v2 if not, but im asking if maybe anyone of you have any clue where to start searching ?

Adding logs from my webhook integrations

We can clearly see that from count 26 to 32 , it miss 5 messages, corresponding to the 5 frequency that always fails, again it happen from 34 to 40.

The very same happen to all my other nodes:

For ABP devices you need to tell the V3 stack which frequencies have been preprogrammed into the node apart from the 3 mandatory frequencies.
The dialog for this can be found in the advances network properties. You will need to reset the frame counter for the new settings to become active. Search the forum for instructions on how to do this with V3, 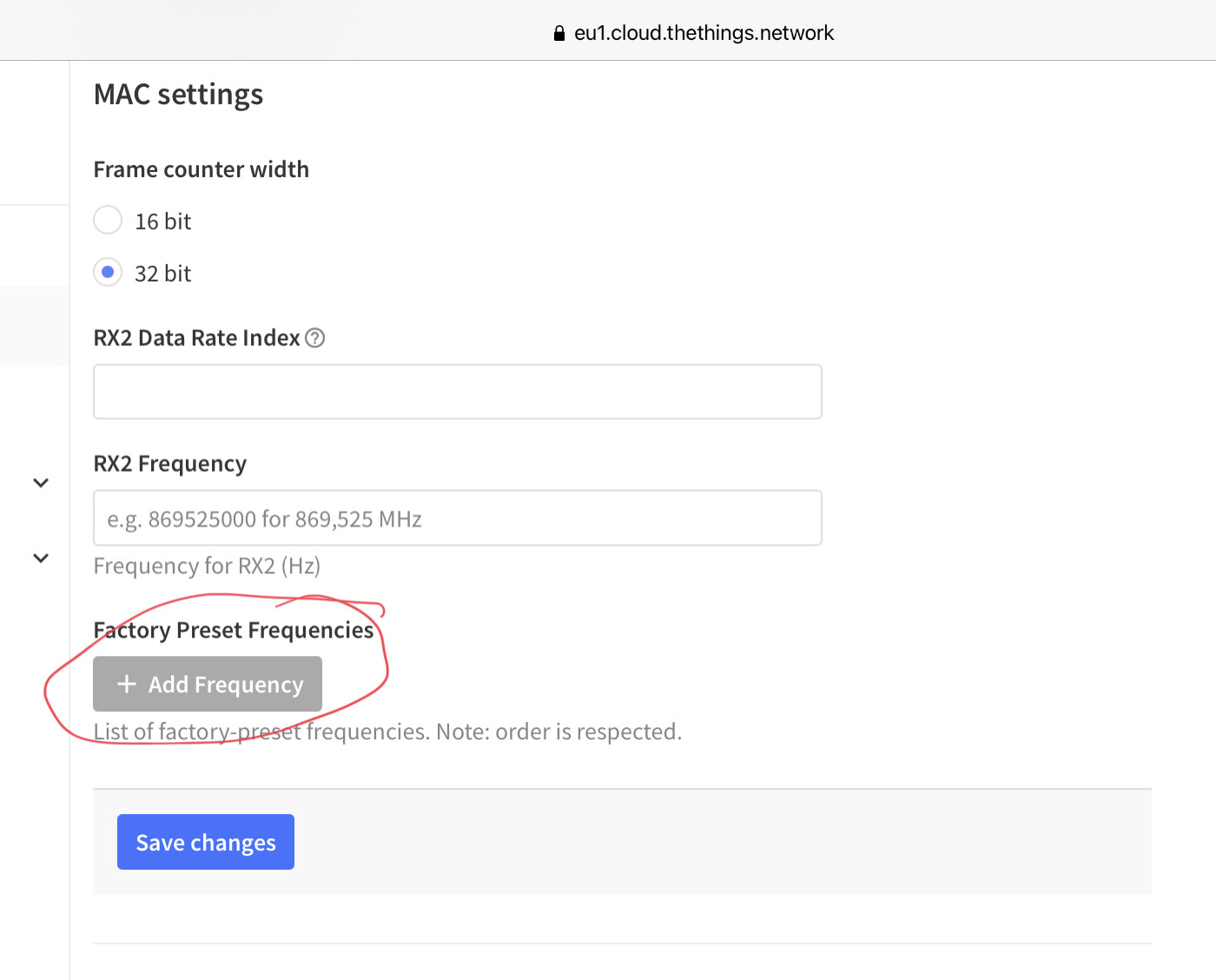 Thanks a lot for your response

Nevertheless, i already did that as it was part of the tutorial mentioned above.
Here is my console : 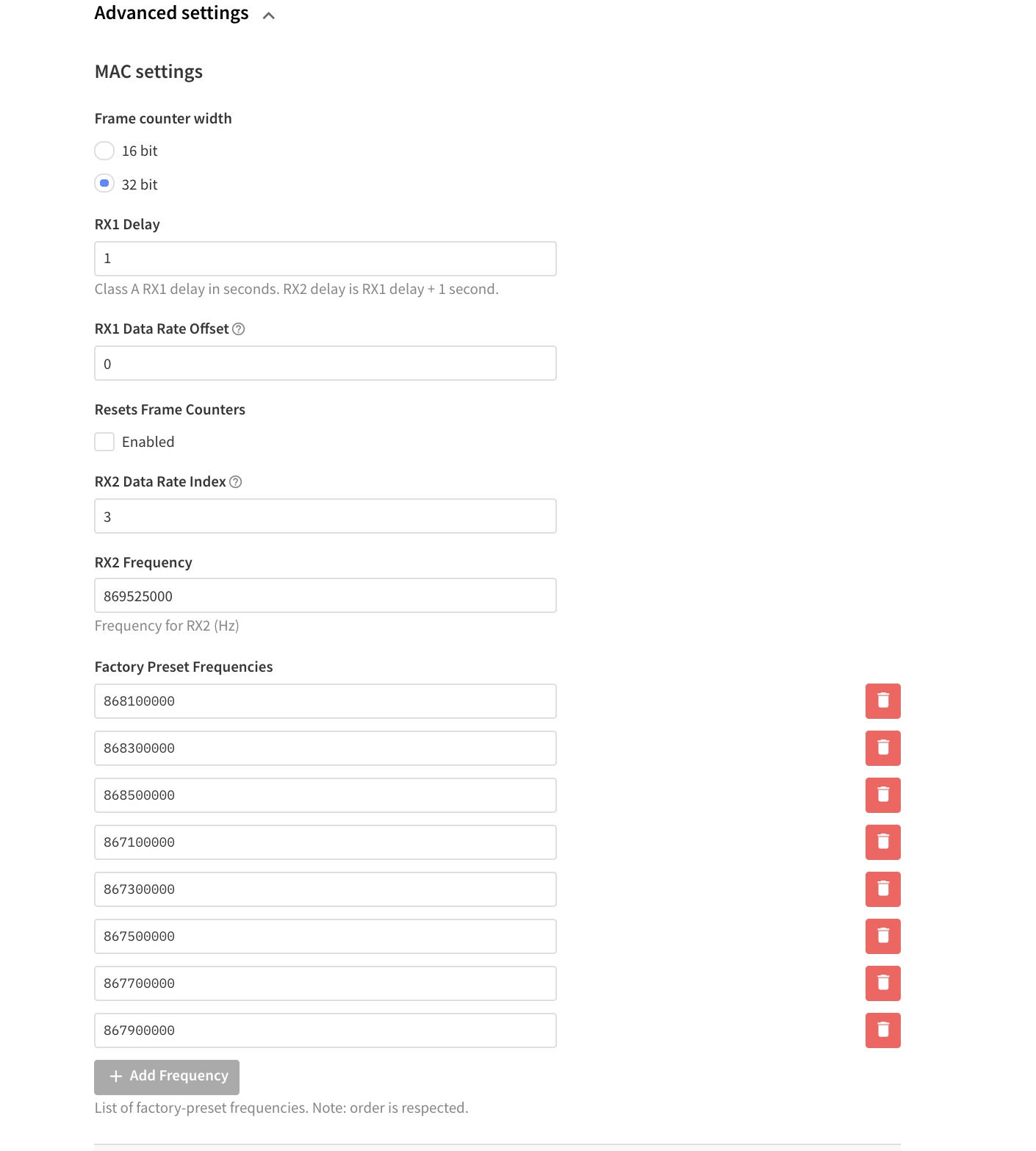 i also did reset the frame counter ( i mean i just checked the checbox reset frame counter), it started counting at 0 again then i unchecked it , or maybe you mean running this command instead ? :
ttn-lw-cli end-devices set [application-id] [device-id] --session.last-a-f-cnt-down 0

I added those frequencies after having set up the node config though, should i recreate the whole node config and add them during first time configuration ? Does the order also matter ? meaning from lower to higher ?

The order is not important, however the V3 stack needs to be forced in starting a new session. The easiest solution would be to add the device again with the addition frequencies. There should be other ways which may find on the forum, O recall having seen messages on the subject.

Thanks a lot , as its getting late in europe, i will try your suggestion tomorrow

Thanks again a lot for your help

Alright, so reset the frame counter and making a hard reset on the node worked, now all my node report every 10 min just like old good v2 times. Migration to v3 100% complete. AwEsOmE !!!

Thanks a ton for your help

This topic was automatically closed 24 hours after the last reply. New replies are no longer allowed.