Which gateway for a newbie? AU-Australia

Hi There, I’m wanting to start with the things network. I went ahead and purchased my first IOT starter kit (dragino lora) only to find out that the hard way that its firmware was not compatible.

So I’m wondering if anyone can recommend a gateway to use with AU frequency support, thats outdoor. I’d like to use the gateway for smart gardens / GPS IOT projects.

Any help is appreciated.

have a look at the AU communities and info first, maybe there’s one close to you
https://www.thethingsnetwork.org/country/australia/ 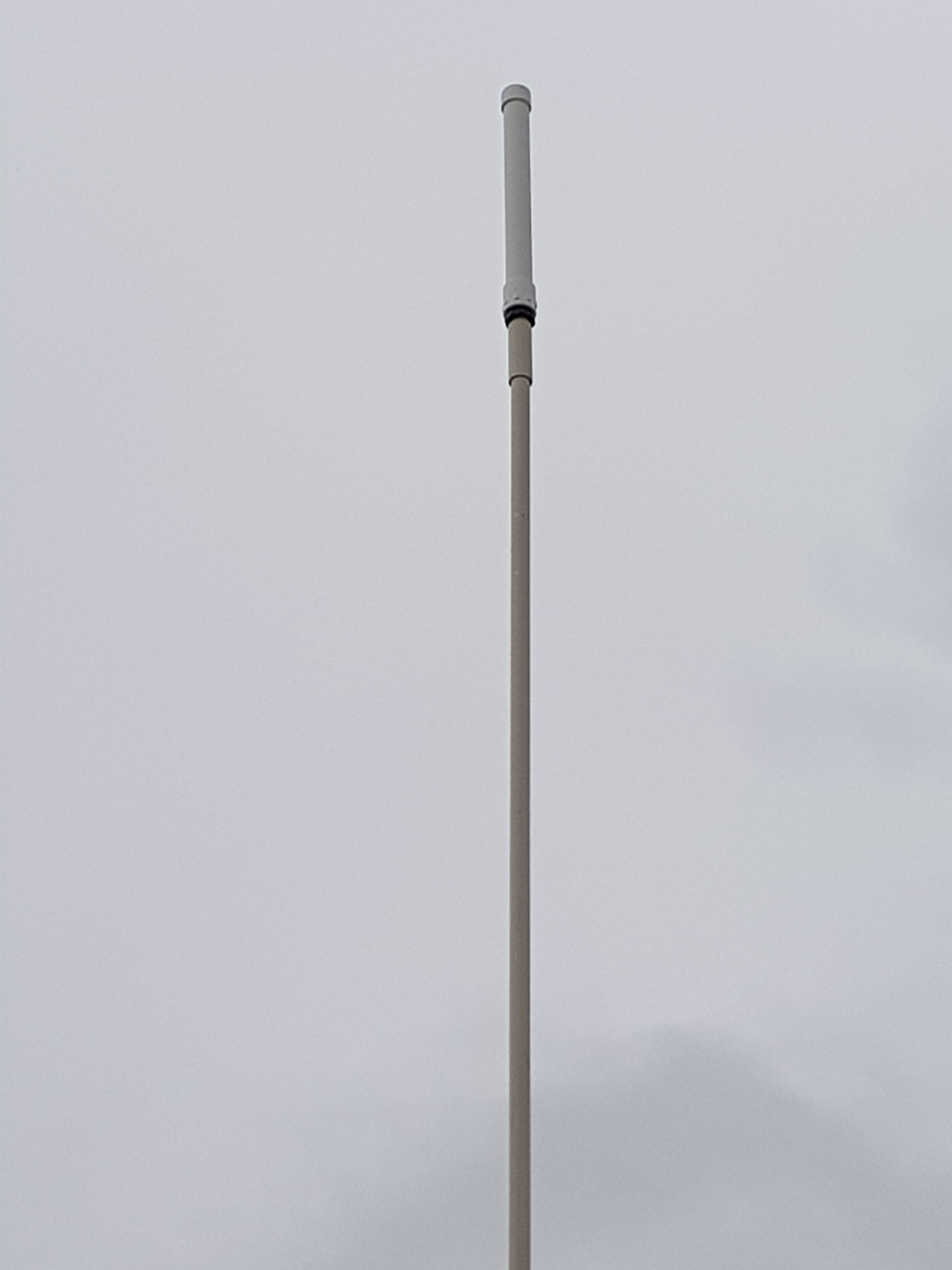 Sean if you can wait a few weeks this is about to be released.
Fully self contained, water proof, rated for full sun at 45C ambient, PoE powered, extra I/O on the gateway and full reporting of Gateway performance.

(Forgot to say, I’m in Australia and will be attending the Things Conference on Tour in Adelaide later this year

Nice! I’m happy to support an Australian company for sure. Do you have any detail specs on it?

thanks Borroz, I’ve joined the one in Sydney.

Cheers for the help.

Sounds great - shoot me any details you have.

Can you please send me the detail and price for this gateway.

I went ahead and purchased my first IOT starter kit (dragino lora) only to find out that the hard way that its firmware was not compatible.

That should be at most a cause of frustration, not a hard stop.

Having hardware for the wrong RF band is a hard stop. Trying to use a node class radio in a gateway role is rarely worthwhile.

But with very few exceptions (TTN indoor gateway, grr) when the RF band and functionality is right, LoRaWAN gear is quite open to having the original firmware replaced with open source firmware that does what is actually needed.

Which exact device was missing which needed functionality?

I believe the Dragino gateways are an OpenWRT build for the Atheros AR9331 SoC, and source is available.

Similarly, for most reasonable MCU choices for a node, someone has been working on an open firmware which would need the pin definitions and other board details changed.

That should be at most a cause of frustration, not a hard stop.

For the LoRa starter kits by Draguino it is when it comes to LoRaWAN. These kits have hardware for a single channel packet forwarder, not a LoRaWAN gateway.

If the kit in question has an LG-01, then that issue falls under my statement that “Trying to use a node class radio in a gateway role is rarely worthwhile.”

The issue with an LG01 or LG02 is not that the firmware cannot be made compatible with a given bandplan, it is that the hardware is not really suitable for the gateway role in LoRaWAN.

If the asker had something like an LG308 with an actual gateway-class radio in it then any current software incompatibilities would be a stumbling block that could be overcome with better software.

And by extension, in a situation where LBT is required, if a gateway lacks support for that, the issue is not really that it is missing from the software, but that it is missing hardware capable of reading non-LoRa signal strength. Where that hardware is present, replacing software that doesn’t utilize it with software that does should be possible.

Sorry but the LG-02 is still not a LoRaWAN Gateway - it is a dual channel version of what seems now to be described as a SCPF (Single Channel Packet Forwarder), better than an LG-01 or equivalent but still not up to snuff!. I often describe such as a LoRa to IP bridge or extender…nowhere near a LoRaWAN GW. Indeed to quote Dragino’s own Wiki on this part:

"
LG-02 is an open source dual channels LoRa Gateway. It lets you bridge LoRa wireless network to an IP network via WiFi, Ethernet, 3G or 4G …
"

Sorry but the LG-02 is still not a LoRaWAN Gateway

Indeed, while I was away from the computer I realized I mixed up the model numbers, and came back to see you’d already pointed that out

It is the LG308 that is a true gateway

The LG02 is just a slightly more expensive “abomination”

Have not had chance to look at the 308 yet though I have seen a few with other people…a project for the new year?!

Jac’s MP-Forwarder but not (yet) an option

Would like to build the software for it but can’t get my hands on one for testing.

Sorry to hijack the conversation.
Which one would you pick, the LG308 or the RAK7258?

I haven’t actually seen or tried one in person, but some downside including from past usage of the AR9331 chip in other things:

The MT76x8 in the RAK and AR9331 in the Dragino are competing MIPS SoC’s - essentially derivatives of aging wifi router solutions pushed for the IoT gadget market. Both typically run OpenWRT, booting a read-only compressed image from an SPI flash and could be set to either run from a ramdisk or an overlay filesystem that writes runtime changes to a journal - far, far better solutions for a field deployment than anything using an SD card as a filesystem.

My general feeling is either box is best used with a customized build and reverse SSH tunnel type administration so comparing UI candy isn’t personally interesting. And while both offer the option of running essentially the same network server on the box, that’s irrelevant to TTN and really only useful for single gateway demo networks anyway.

Can’t speak for the RAK7258 but I have experience with the LG308. Works well out of the box. Stable easy to set up with TTN and runs very stable. I’ve used one (with 3g connection) outside in a plastic box wrapped in garbage bags for a couple of months without any issues.
Now Dragino is offering lorawan compatible gateways they’ve correctly rebranded their earlier offerings to be LoRa gateways, not LoRaWAN. It would be nice if their dealers also updated their sales blurb.

Tony,
Just wondering how things have progressed with the external gateway?
Depending in price I may base interested in purchasing some
Regards, Ben

Would like to build the software for it but can’t get my hands on one for testing.

Given that both the LPS8 and the LG308 which you apparently have use the same AR9331 processor module and have SPI connected classic concentrators, I’d not expect a lot of compatibility differences there. Their factory builds also seem to use the same source repository, so any differences are probably readily discoverable.

Given built images for these are fairly small, if there’s someone who has a box and a good understanding of flashing firmware via U-Boot (if the system gets broken to the point where the web gui no longer works) it would seem like sending a build to test could be a viable path. Not even really clear that whatever you are doing for the LG308 would not simply work, especially at the level of running alternative user space components like the packet forwarder - unless you are using the SX1276 (apparently present in v1.1 only?) as a transmit path, but it would seem you could try not doing that on the LG308.

Hi Ben, Tony is presenting his motivations and reasons for developing the GW and the background to the trials and tribulations of deploying gateways at this comming weeeks TTN Conf APAC/AU…if not to far for you perhaps you can go participate and ask him directly

His presentation to TTN-UK Conf a couple of weeks back was much appreciated as was his Workshop contribution so I heartily recommend you take a trip if poss!

The Things Conference Asia Pacific programme is in the process of being finalised: we reserve the right to improve it prior to the event. 8.30am Arrival & pre-event networking 9.00am Welcome Welcome to country Official opening 9.15am Keynote The...