PLA, PETG and TPU, SLA/DLP avoid ABS … got it

SLA/DLP print small models at very high resolution. They are also expensive in consumables, messy and smelly. For the kind of thing we do in electronics, there’s really no need for them - FDM printers are fine 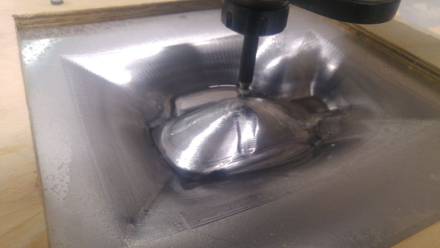 If you want to form a piece of sheet metal into a shape, you’ll probably think about using a die. That’s certainly a great way to do it, but it presupposes you can create or purchase th…

Finally finished my gateway and enclosure. Really pleased with it - perfect combination of electronics assembly, design, 3D printing and engineering

Thanks again to @Amedee for the inspiration! 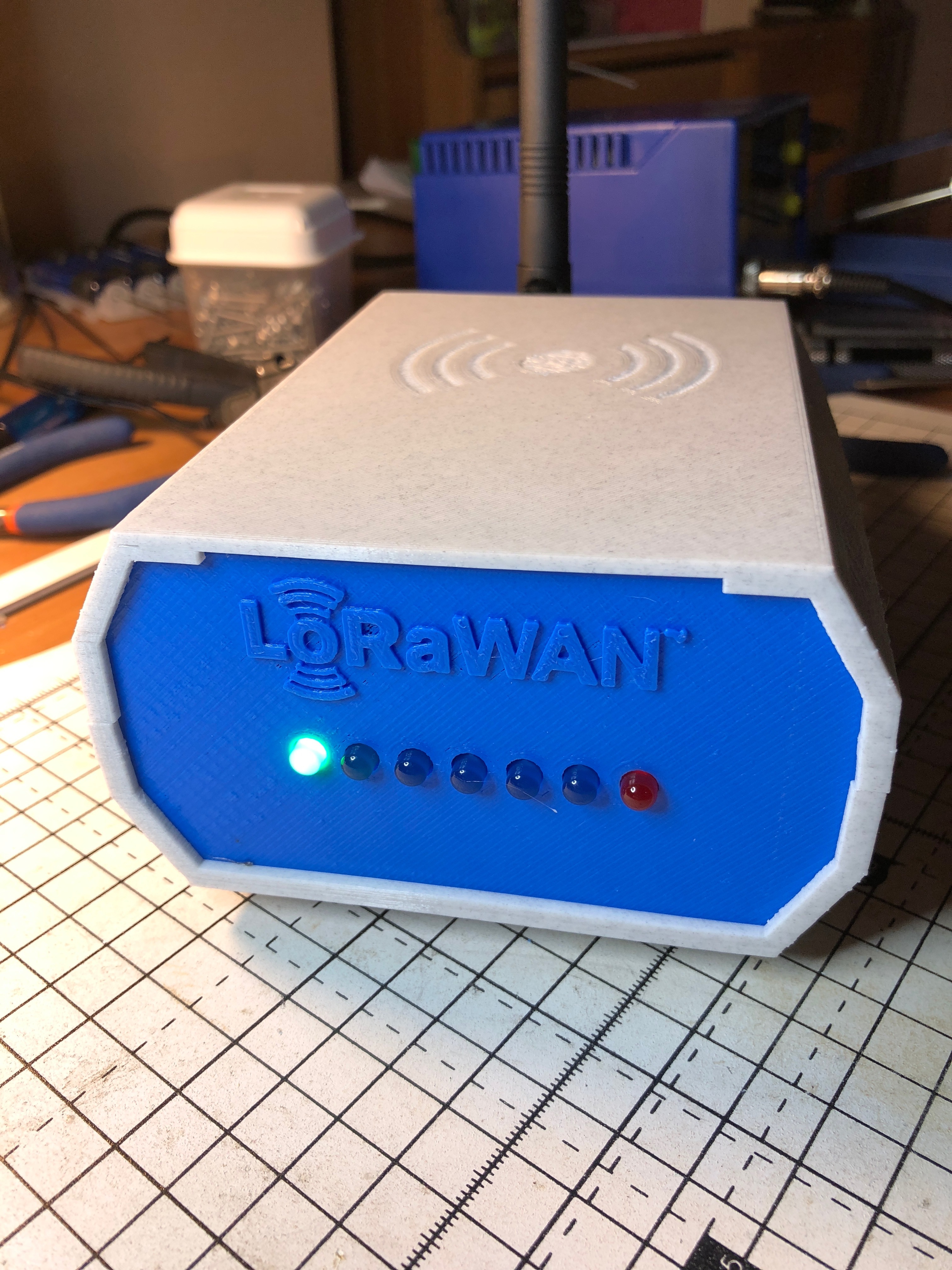 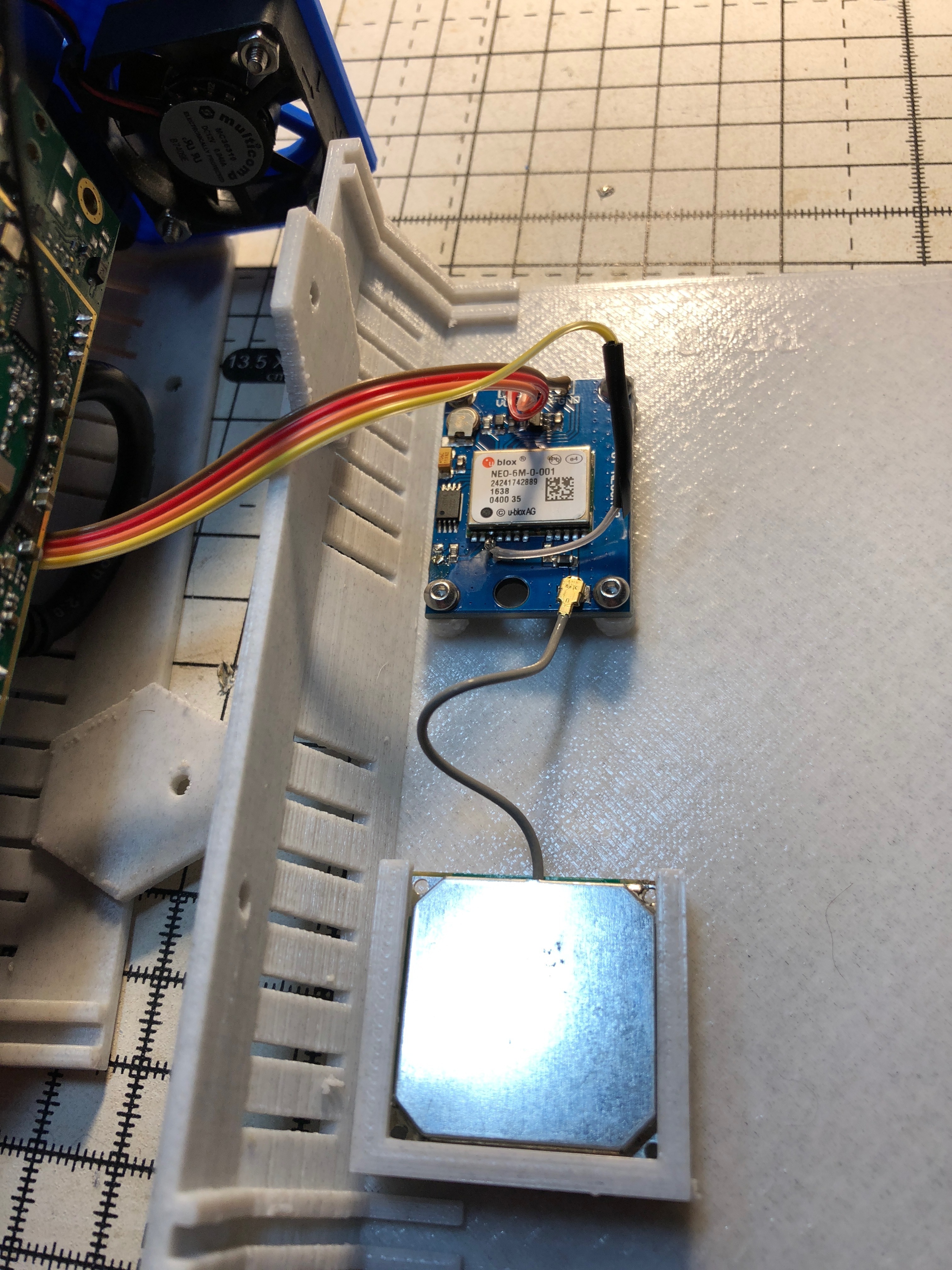 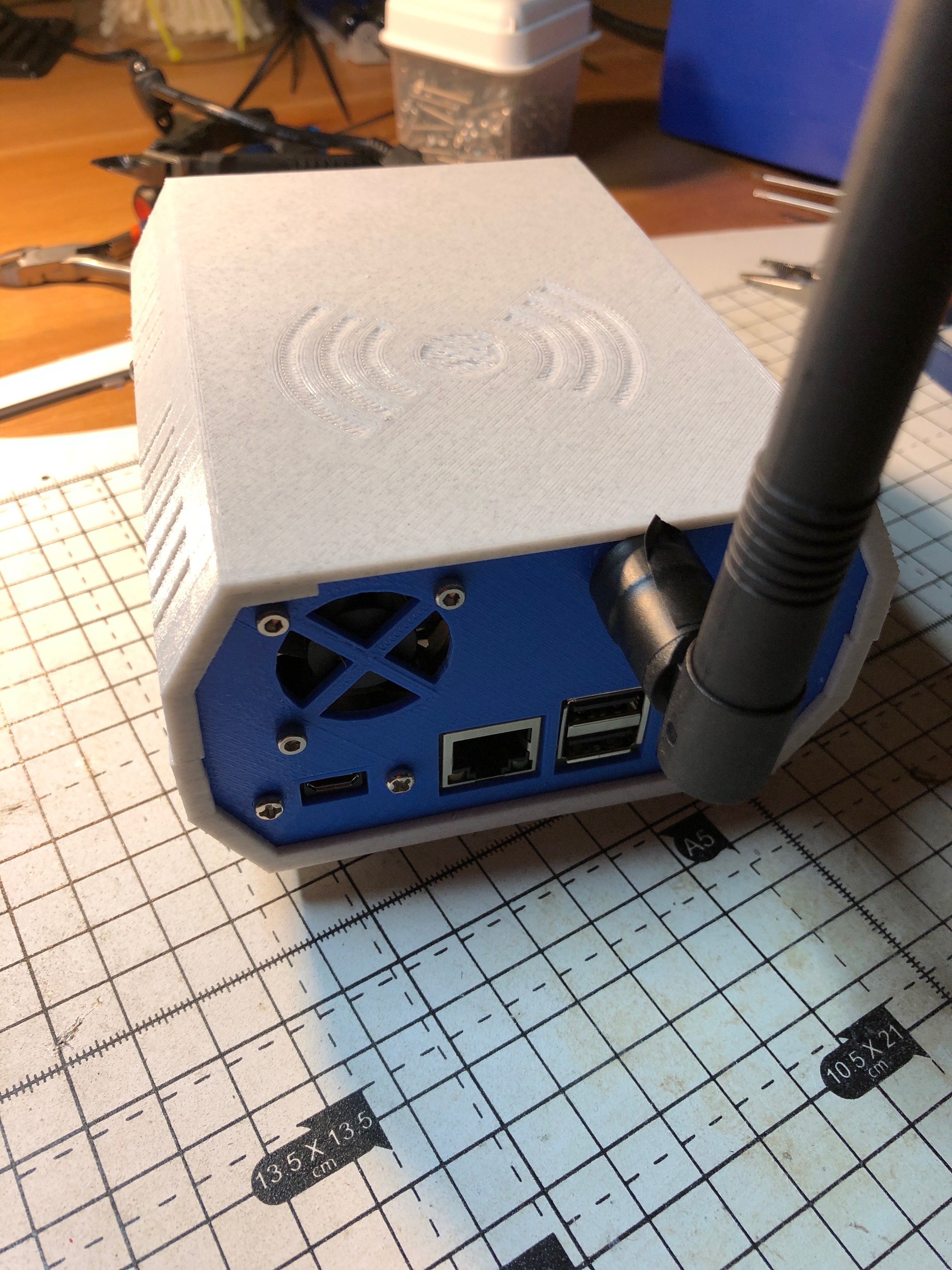 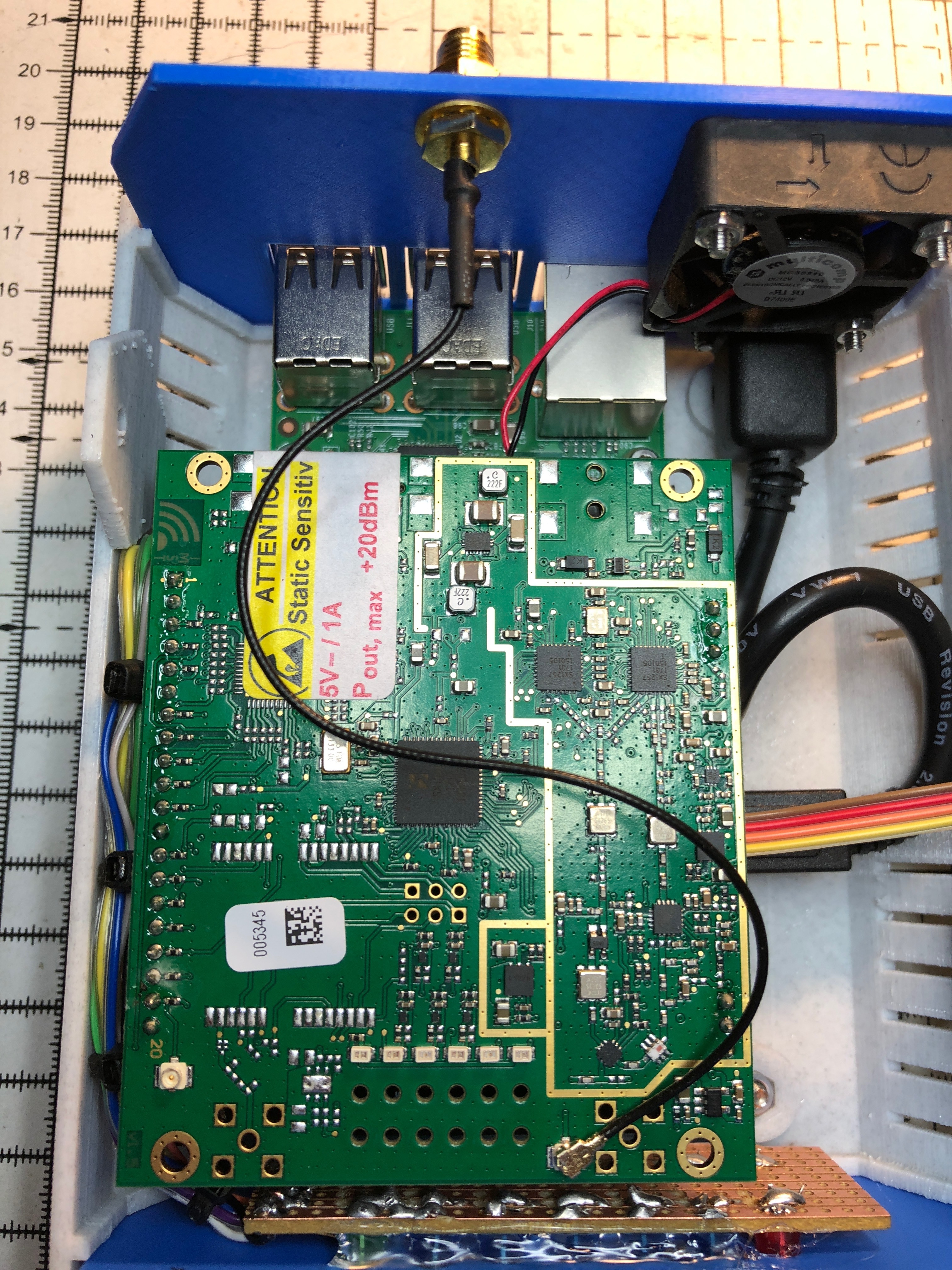 Reading up on this thread made me think. Do I really need a 3D printer? Looking around my worktable gave me a clue. So many unboxed projects. 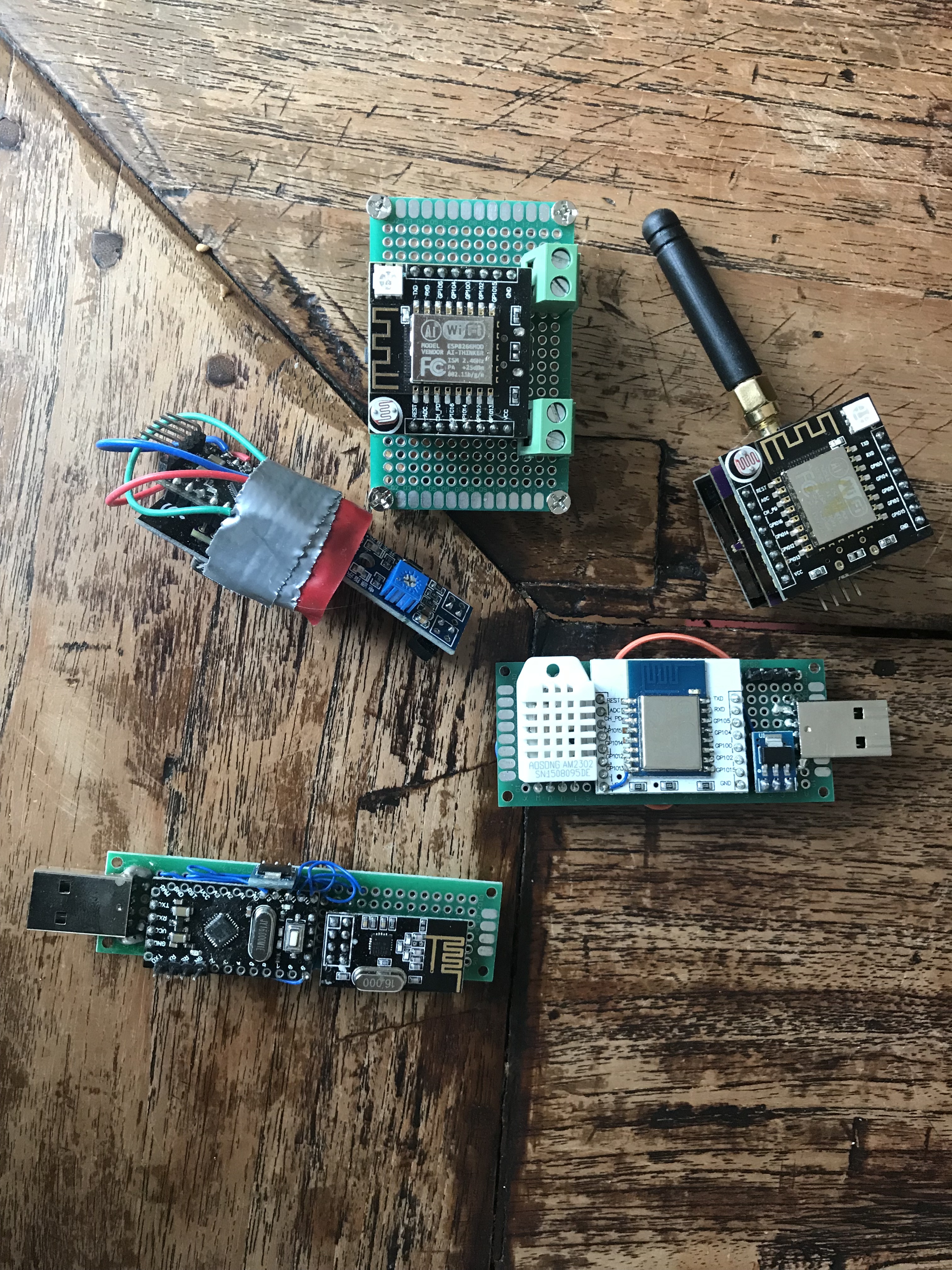 As tinkering is the hobby decided on a Anet A6 diy build. 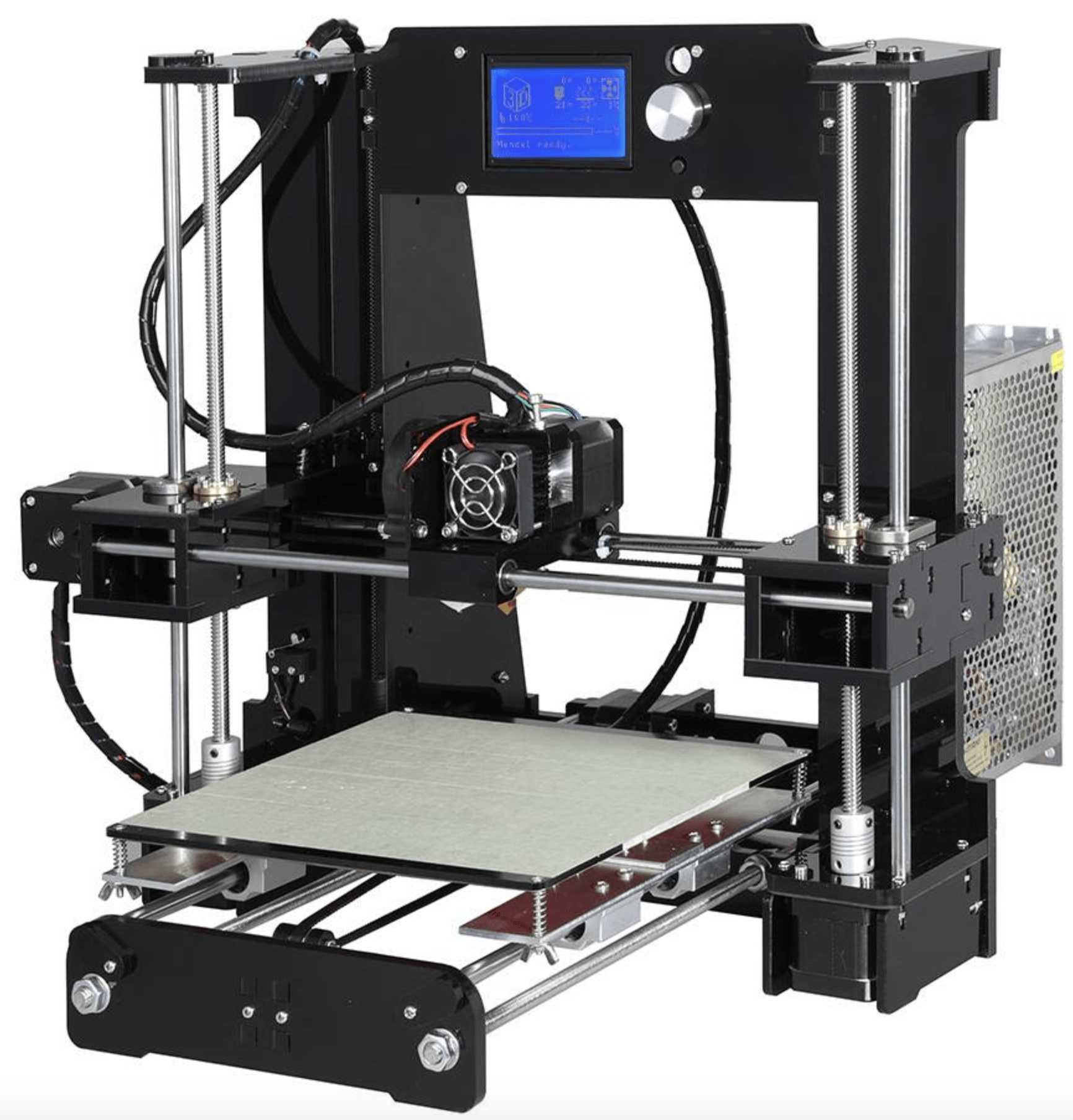 Waiting for delivery in couple a days to start the build.

I’ve been working on an air quality monitor for the local city. The first generation units were 3D printed, stuffed into a PVC pipe, then hung on the rail next to EPA monitors to characterize sensor performance. Those are using WiFi to send data to a local LTE modem to be recorded and presented on a public website.

I’m now working on the 2nd generation units using the HelTec ESP32/LoRa boards I discovered while reading these forums. Before developing the outdoor version, I wanted to make an indoor unit that I could use for software development and demonstration.

Here’s what the enclosure looks like modeled up in SketchUp: 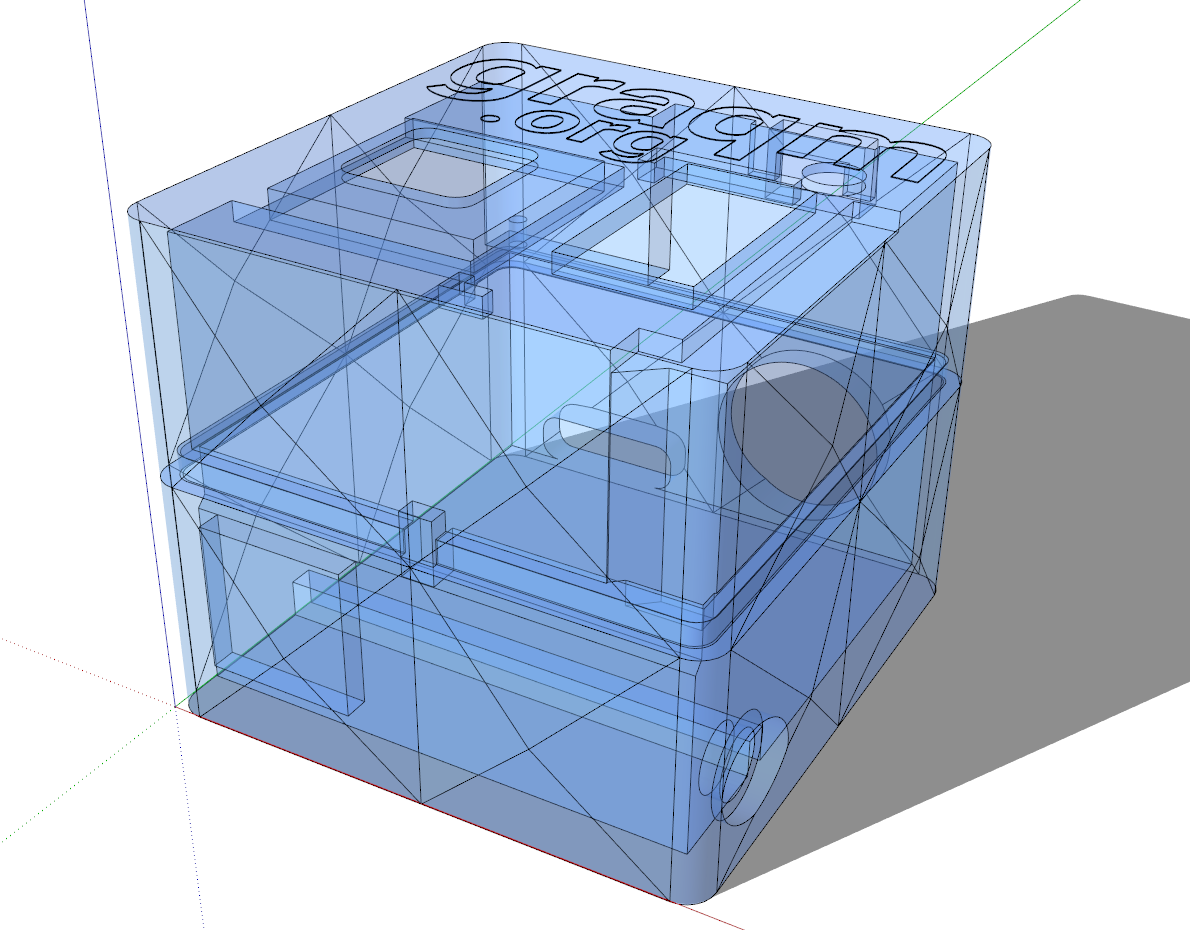 Some action shots of the assembled unit. These were printed on a Prusa Mk2 (Prusa printers are seriously top-rate, you get what you pay for here) using Atomic Sapphire Blue PETG Pro. 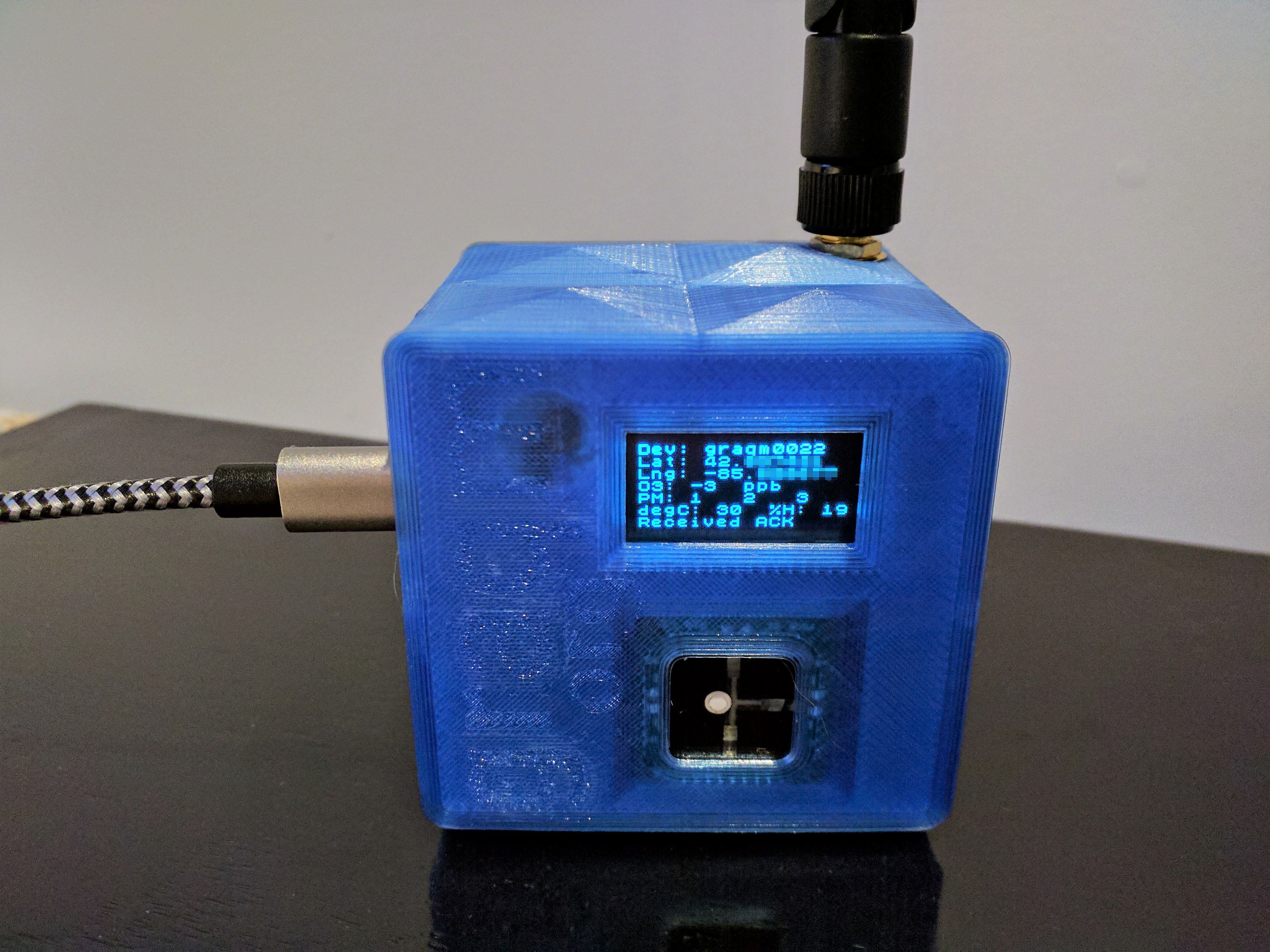 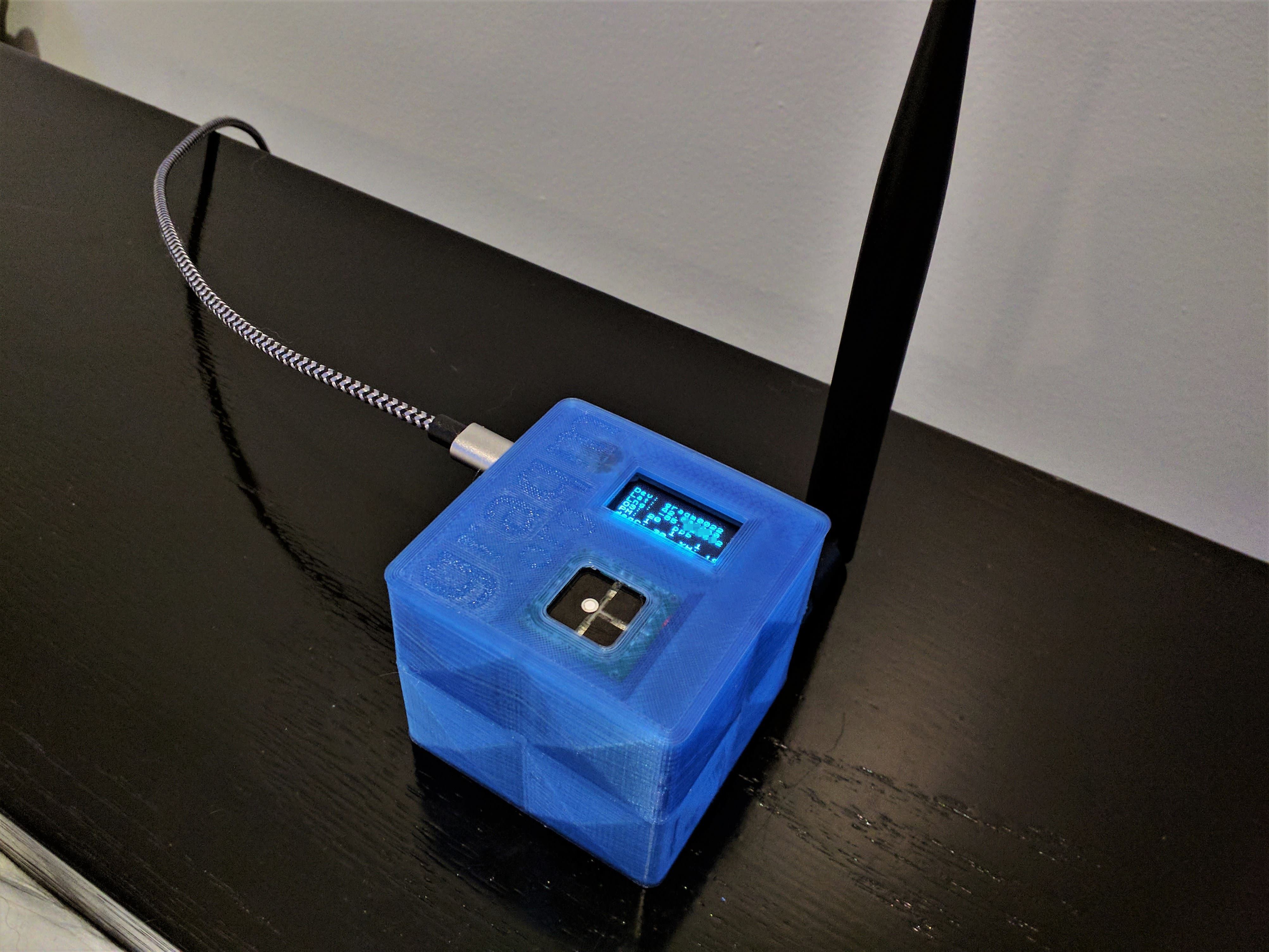 The unit has a PM sensor, O3 sensor (which also provides temp and humidity), along with a GPS module. This is all sent to a ThingsBoard deployment on a cheap VM in Azure for a realtime display of position and sensor data:

While working through a LoRaWAN deployment for the city, I thought it would be helpful to be able to map out coverage, so I also wanted to build a quick TTNMapper device: 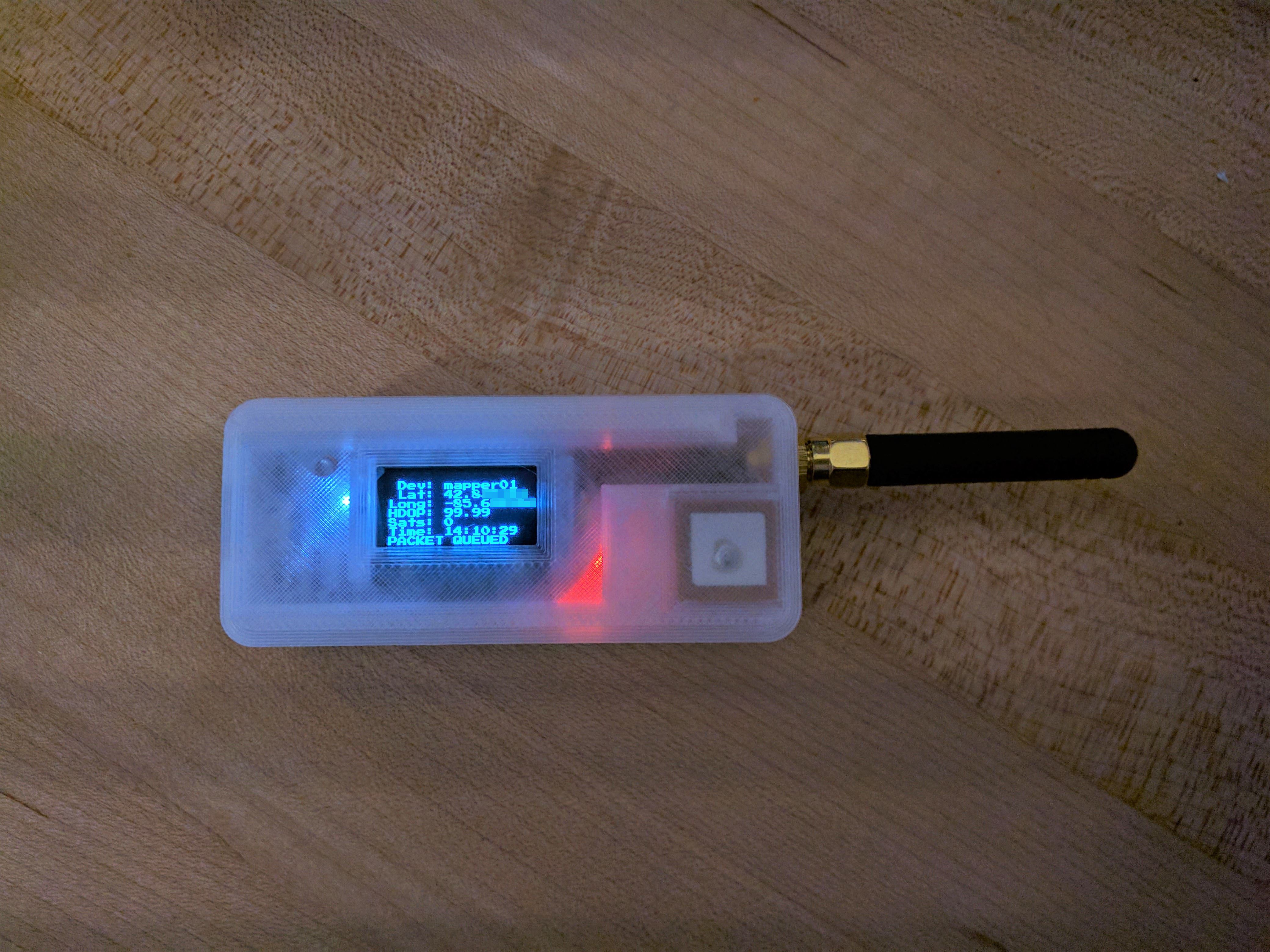 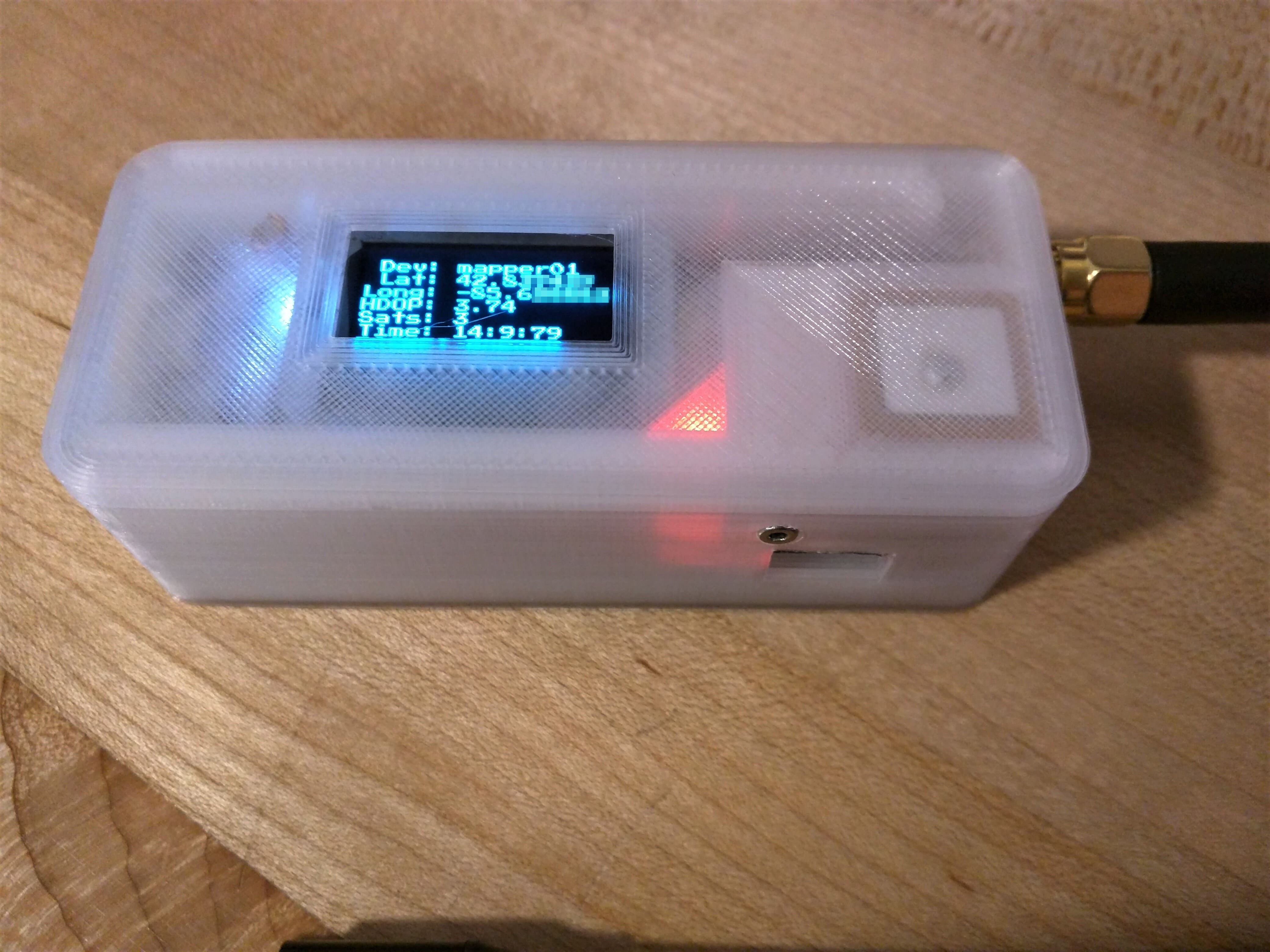 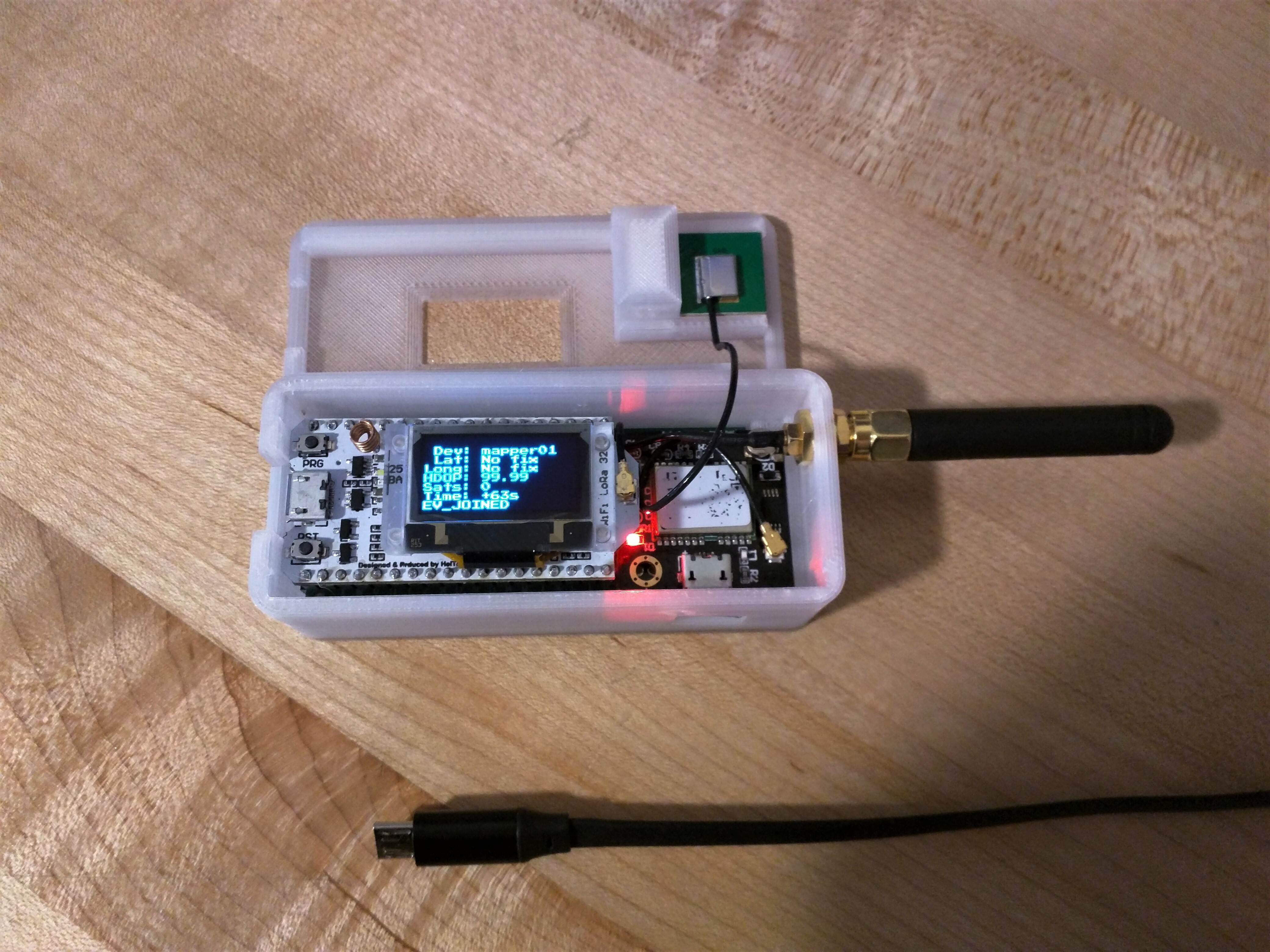 That’s another HelTec board (same as the previous post), another cheap GPS module, and a 270mAh LiPo battery that will run the thing for all of maybe 30 minutes. Zero effort has been made to power optimize this thing, but the results have turned out pretty solid for the limited use it’s seen thus far.

I have been looking at the SPEC sensors for air quality monitoring, how well do they perform in your experience?

Our first gen units are using PLANTOWER PMS5003 PM sensors along with a Winsen MQ131 Ozone sensor. The PLANTOWER PM sensors have performed admirably through the course of a Michigan winter and the data generated from them aligns nicely with the federal reference instruments that they are positioned next to. I wish I could say the same for the MQ131 - that sensor is nearly useless, it uses variable voltage output that, once settled, never changes at all. I could have saved myself some money by replacing it with a resister for all the good it has done.

I’ve spoken to Spec directly about their sensor line. They have been in the gas sampling business for a while and are just now selling sensors for IoT use. They have datasheets in English (!) and distribution through actual resellers like DigiKey, all of which I wasn’t getting from Winsen. Further, they offer it in a factory-calibrated package which shoots out digital readings over a UART connection, making them dead-simple to integrate.

So, thus far I LOVE THEM, however - they have not been placed in the field, and I have no idea (yet) how well they actually perform, so I’ll withhold judgement until I see the data.

One substantial drawback is the price - at $75, that one module clocks in at 3x the price of the rest of the package combined, and has resulted in the BOM going from ~$30 to ~$100 which is a little annoying.

Just purchased today this duct tape (textil based) that seems to be very good if you print with cold bed.

Still testing but it looks promising, 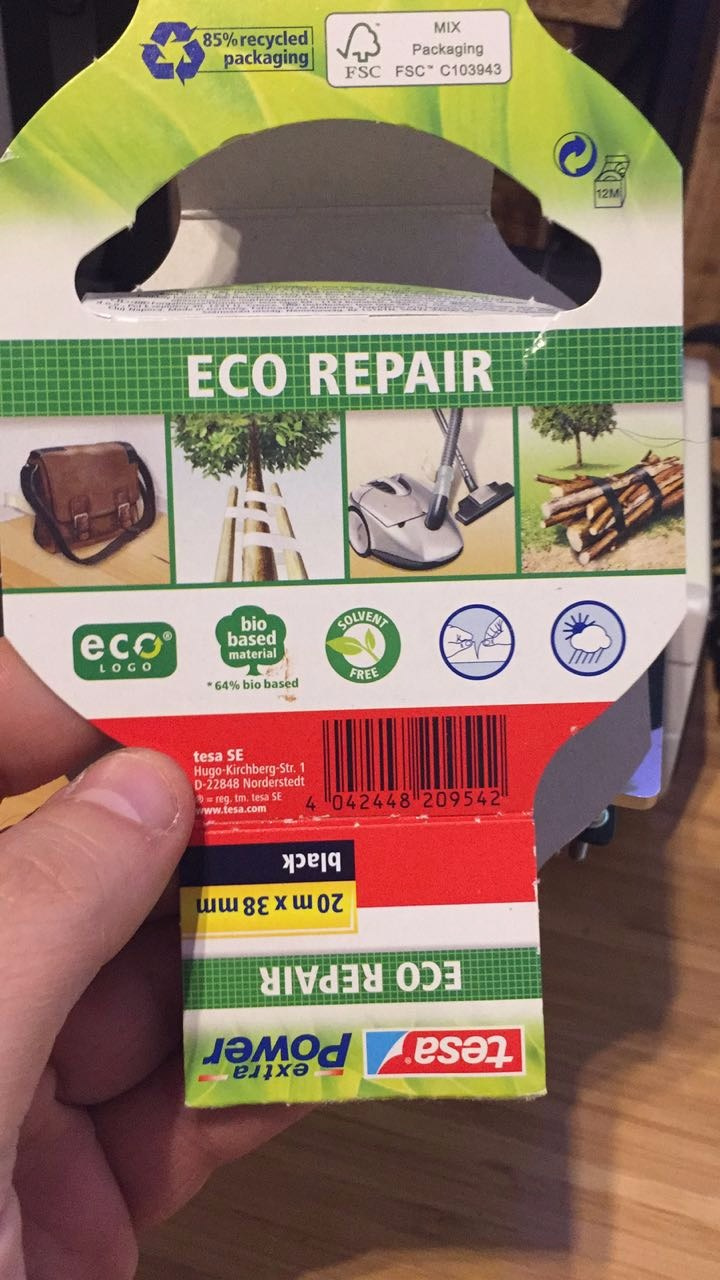 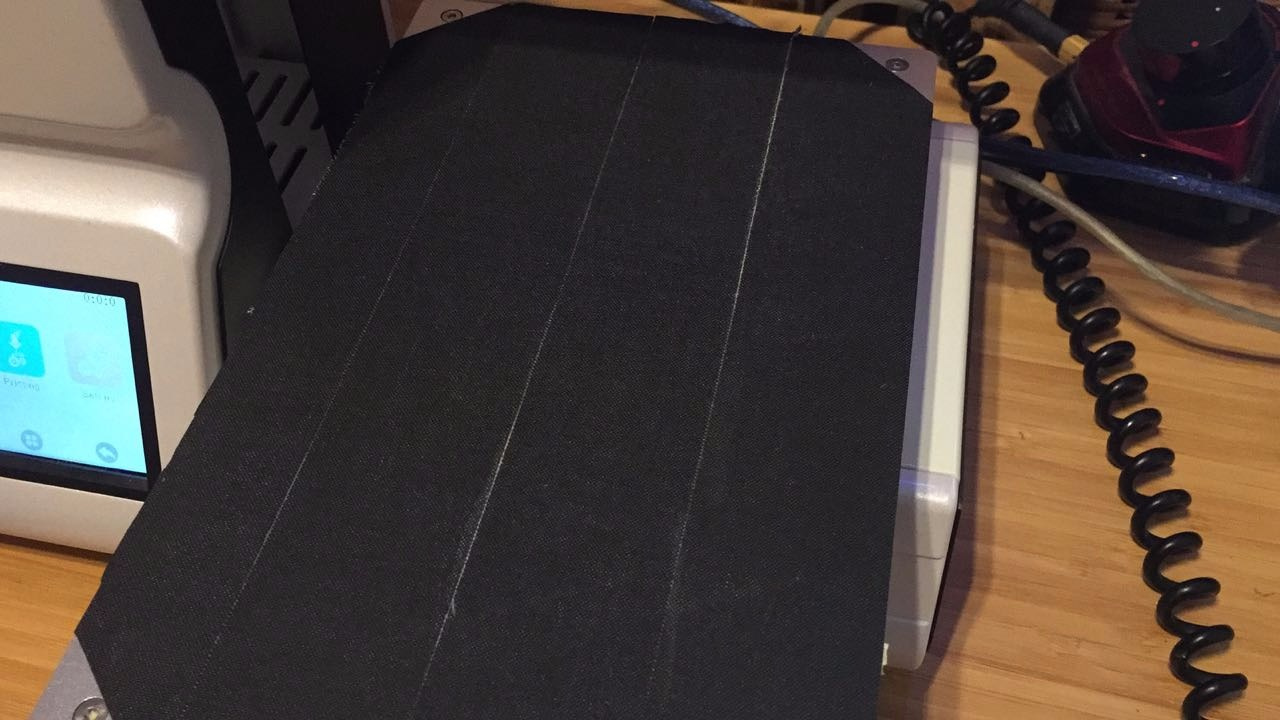 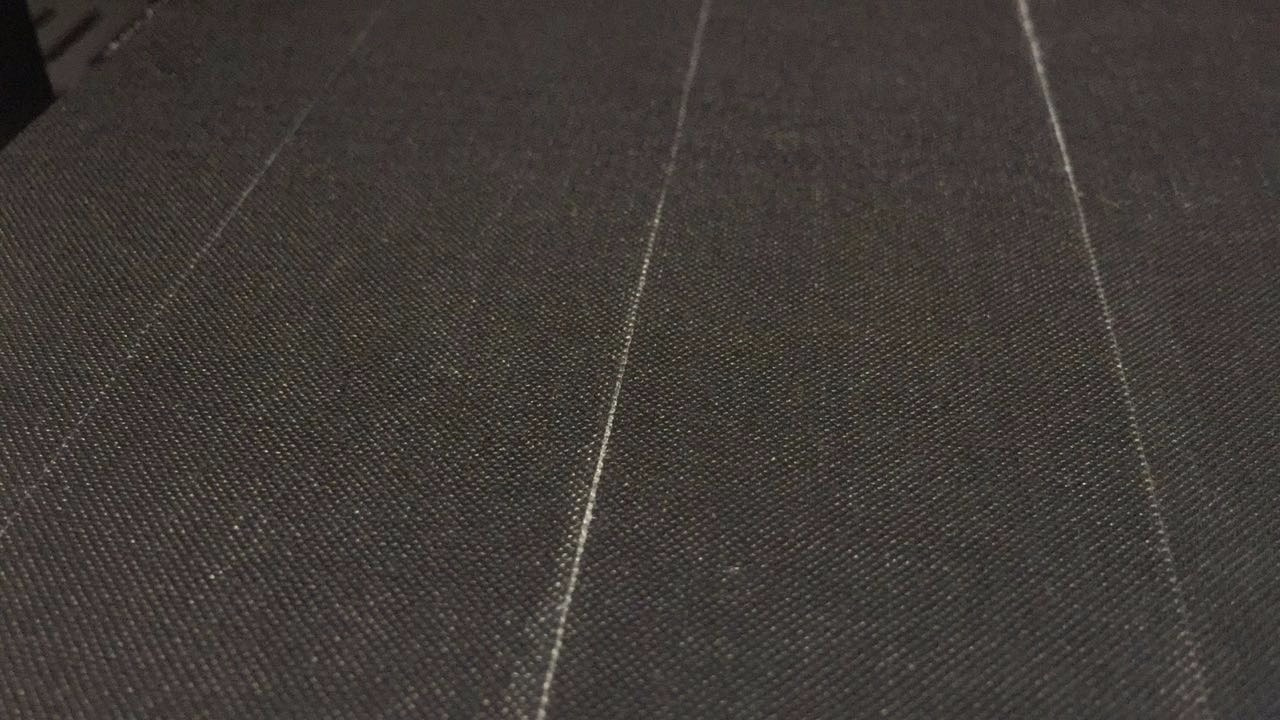 I need a heated bed for PETG, and it helps prevent warping with PLA. That said, I used the basic blue painters’ tape on my old Printrbot (no heat) and it works well enough,

The second printer I have doesn’t have a heated bed (it is a small one that I keep on my desk).

The problem I have with painter’s tape is that it gets broken really easy and sometimes, for large objects, the tape goes off with the objects. This one is very resistant and it sticks fairly well, but the black one leaves a little bit of markings on the object.

So, I will go back to blue tape

You probably already know know that, but the 3M blue tape is available in wider sizes (55, 70, 120… mm).
Wide ones are easier to apply (less lanes to cover the plate), and offer globally a better adhesion (probability that an object lift an edge of the tape is smaller)

I’ve found the best solution is to use a build surface. I didn’t like tape so have used a mix of Buildtak and similar. I currently use a cheap Chinese one which works pretty well.

One sheet of a plastic with a texture which helps with sticking. Usually only need to print PLA at around 40 degree heated bed.

PEI Is believed by most to be the best however I’ve not had the best results with it but need to try again.

I was also considering it…
Did you try Buildtak w/o heating the bed at all?

I think I have and it worked. However I find it slightly easier to then remove the part if the bed’s been a bit warm when printing.

I mainly use the backside of the Buildtak… 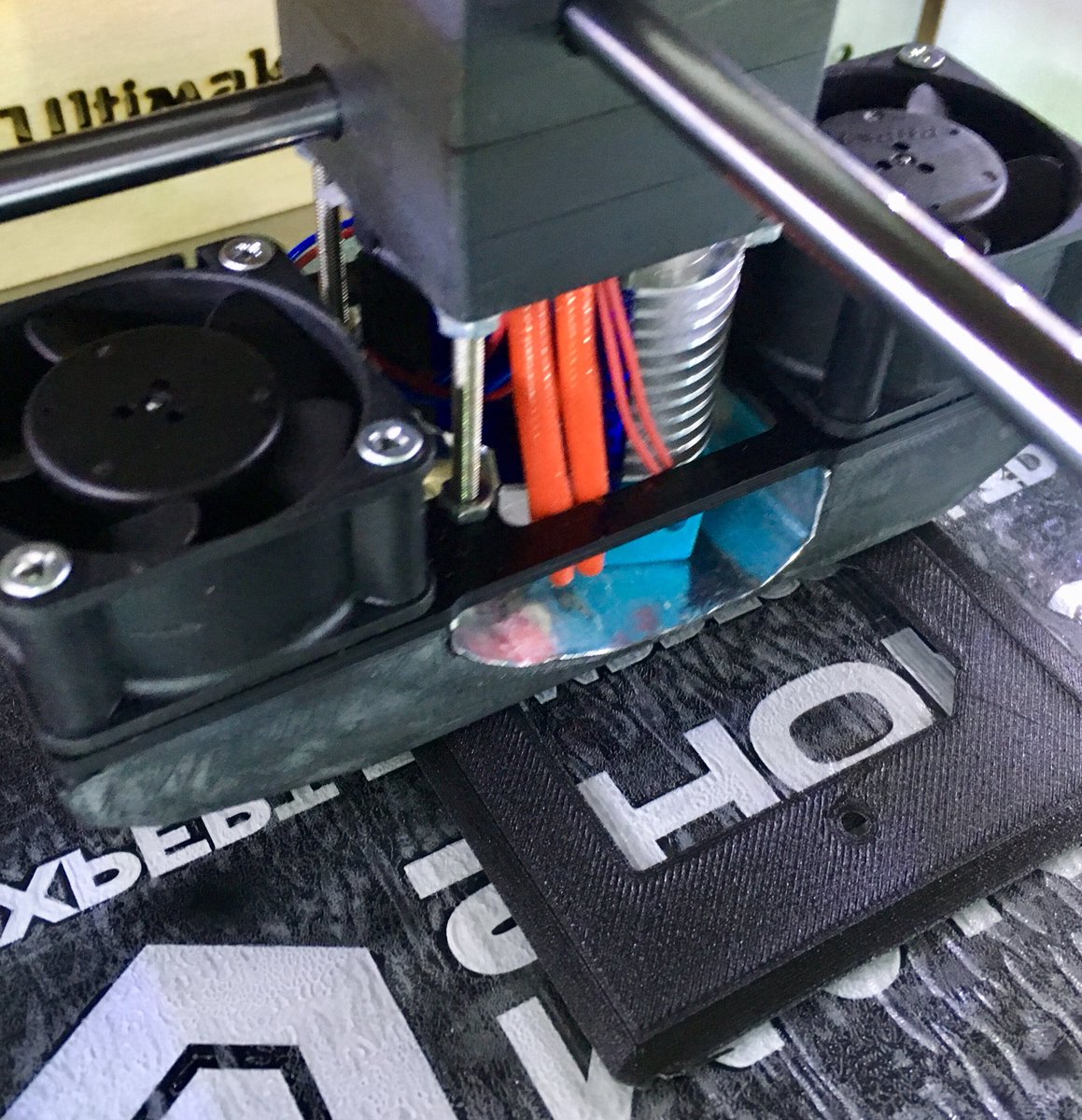 Thanks for the tip. I will try it.

However the only issue is with both is if your hotend decides to dive into the bed you need to replace the sheet.

When I had a glass building platform I tried all kind of tapes but finally ended up using hairspray on the glass which was extremely easy to use. Not all kind of sprays work however. Now I have a heated carbon covered platform which needs neither tape nor spray.