Install Lorix One GW in less than 1 hour

Today I received and installed the excellent Lorix One gateway, the full lab and picture are here 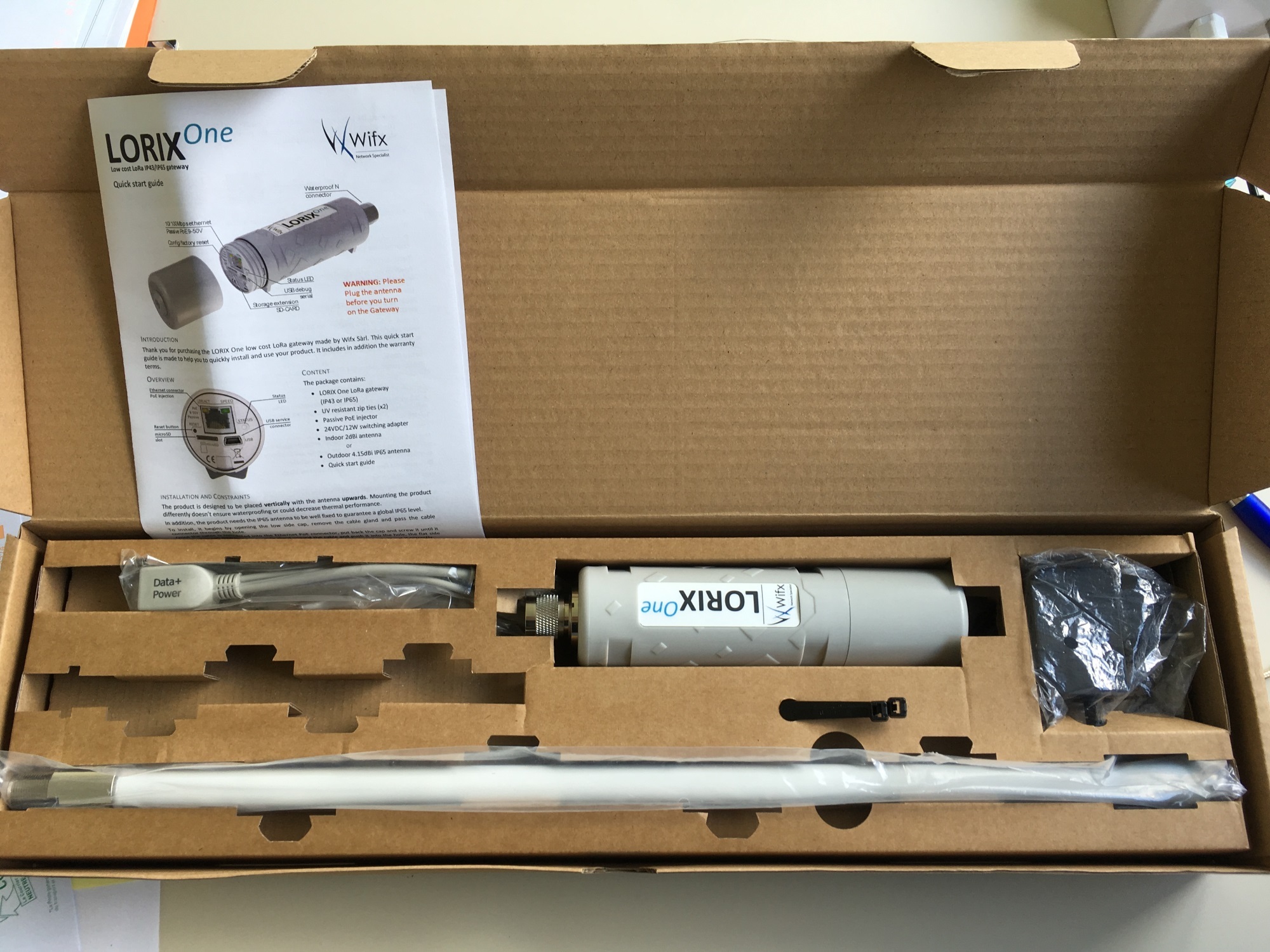 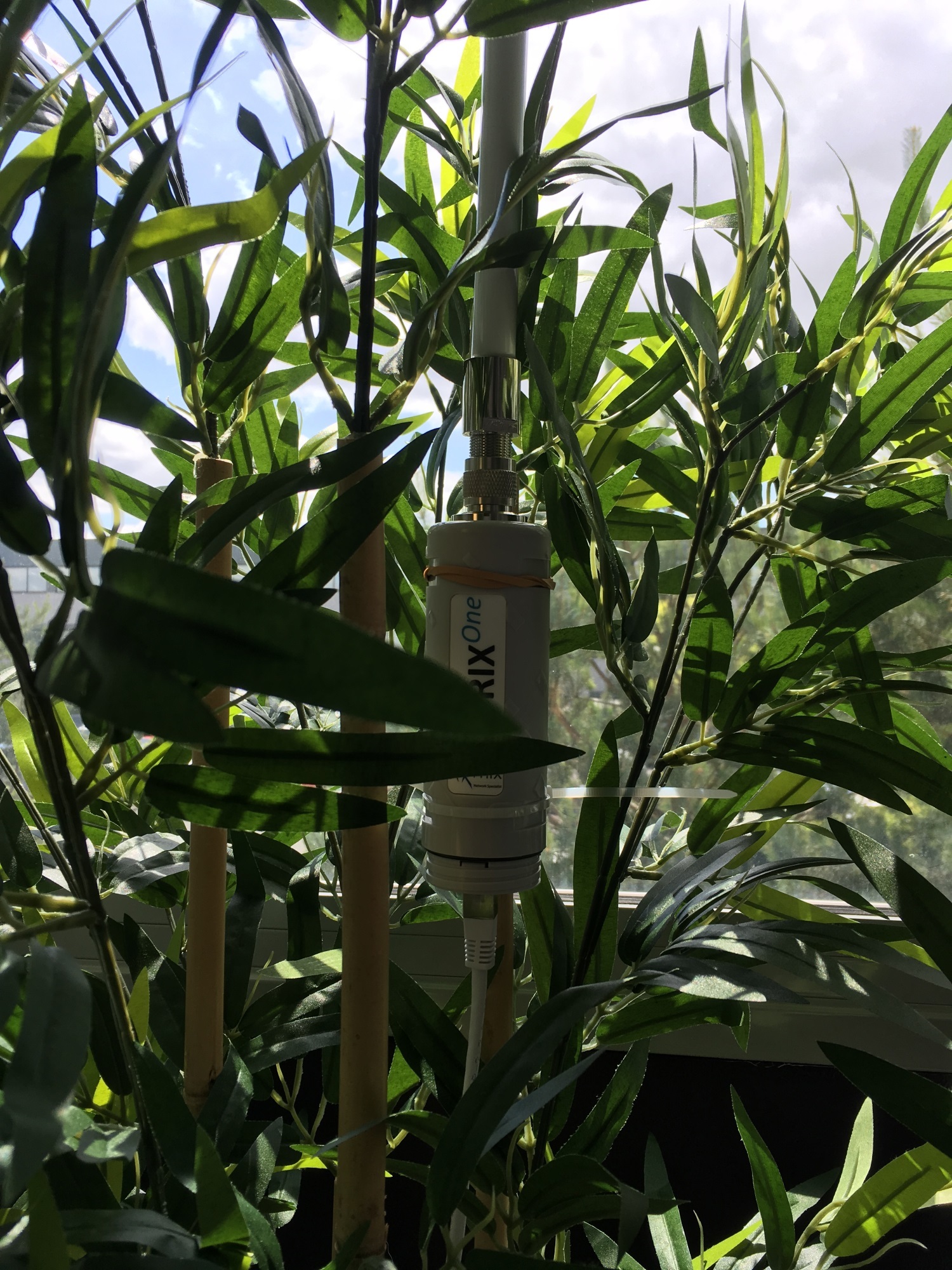 @BoRRoZ,
yes it’s expensive, but as far as I know the only one given for outdoor, with a decent antenna really plug and play and price is half as kerlink ones. It has all certifications including LoraWAN, so if I need to install descent ones for companies, for sure it’s my choice. but it’s POE Ethernet only, no Wifi or 3G.
BTW, it’s really small and nice and we can add SD card so it’s possible to compile new features on the board.

I didn’t say it’s expensive, you get indeed a nice antenna and an outdoor enclosure, so all together it’s not very expensive

I was more curious about the certification because I couldn’t find it on their site but you confirmed this.

Do you have any picures (found) from the inside… the pcb ? is it produced in the Switserland or imported ?

You make me in doubt, I thought I saw it was lorawan certified but can’t find it anymore, strange.

I don’t know how to open it without breaking anything, because you know me, I’m also curious and would like to know how it’s made, and even try to get out I2C wiring for sensors

yes Charles… break it open and take some pictures

(btw compliments for your LAB story about connecting this product )

Hummm, I’ll keep my temptation out of this idea

Anyway something strange I’ve got in my office another GW custom made, this one and a Lorawan sensor and when I send packet it’s received by both GW but custom GW receive it with -75dBi and Lorix one with -86 dBi (my sensor is RN2483 with no Antenna)

is the antenna could be “not plugged” ?

Also new LoraWan devices (sodaq, lorix) notice says to put antenna before powering them to avoid damaging the device ? Is it new that devices with no antenna can damage electronic ?
See text in first picture of this post, on starting guide in RED

normally that’s an advice for all devices with an RF transmitter inside.
If you don’t have an antenna connected and the unit is powered up (and starts transmitting) all the power will be reflected back and can indeed damage the unit.

the fact that you see different values on more or less the same distance can be explained by the different antenna gaines, switch antennas and try again ?

@BoRRoZ switching antenna, what I great idea, how can I missed that one

Need to try this one

This seems a very nice gateway.
Especially the fact that the gateway is directly attached to the antenna and the ability to easily mount it on a (steel) pipe is nice. I have a flat roof so all I need is one of those cheap satellite dish mounts and a hole to feed the network cable inside.

The difference in RSSI level could be correct.
I see that you have the gateway placed inside a pot of plants. These plants will affect the antenna tuning.
With my home built co-linear coax antenna I noticed that the antenna tuning changes a lot when it is placed near organic materials or when mounted inside a plastic tube.
Different antenna designs behave differently when mounted near to other things. It is always best to have nothing near the antenna. Mount the antenna at least around 50cm away from other constructions to minimize any influence on antenna behaviour.

I already have 3 gateways active but seeing this, I am almost tempted to add another one to my collection

@Rob65
As @BoRRoZ mentionned, I put the LORIX one Antenna on my other Gateway with an SMA to N-Male Adapter (1 meter long). I got the same results than with LORIX hardware, so it’s definitively coming from the Antenna.

With this one gateway 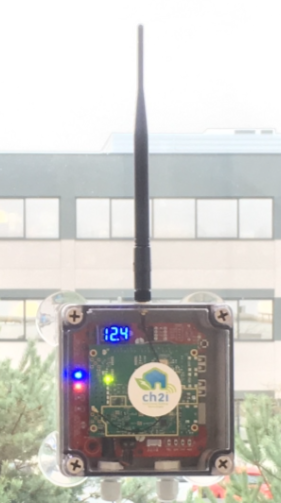 with the picture antenna (+3dBi) from Farnell I’ve got -75dBi
If I put on this GW the LORIX Antenna, I’ve got -84dBi, but, My test device is an RN2483 without antenna.

So get out a Rocket Scream board (RFM95) with antenna and LMIC stack, keep original antenna on each gateway and results are much better

@Rob65 The plant is a fake one, thanks to IKEA

@BoRRoZ, got an email from Wifx (LORIX One) about LoRaWAN certification, here is the transcript

which is perfect for me

The plant is a fake one, thanks to IKEA

But: so could very well have some metal inside?

Correct, for sure they have metal, may be I could take one branch as new funky antenna

Hello Charles, thanks for your work. I will buy one for the new community in LEVES (28300).

@timmyhadwen
I don’t see a 915MHz version, I think best is to ask them using contact for, they are very responsive.
https://wifx.net/shop/

Thanks so much for the guide. Being a total beginner with all this I got my Lorix up and running in (almost) no time.

I do have one question: I’ve previously worked a bit with a iC880A+Raspi gateway. Here I could monitor what was coming in and going out of the gateway with a tcpdump on port 1700… Can I do something similar with the Lorix, so I can troubleshoot why my LoPy won’t do an OTAA? (As I said, I’m new to this, so I do not have much experience with Linux etc).

@mahe
Thank for the head up.
I asked Lorix the first time to have a logfile available for packet forwarder, and they done it one day later, thanks to Yannick, very responsive

log file in in /var/log/ttn-gw.log and works with logrotate. Logrotate is configurable in /etc/logrotate.d/ttw-gw

So looking logs is now simple as

Have fun with this awesome GW

That sounds great, thanks!

So, as I mentioned, I’m quite new to this. When you say ‘save your local json config files’ I’m guessing you’re referring to this step in your excellent guide:

Oh, save back your config file, because any command opkg upgrade will reset to default (trust me I’ve done the error) by downloading new config file.

However I’m not sure I quite understand. Does that mean to download the file to my computer or just to store is somewhere on the Lorix? Either way I have no idea how to do any of them nor how to restore the json file afterwards

Can you explain this briefly? Sorry for my ignorance.