Was sure I checked units when they arrived and per my post to @Weinke at end of March so looked again at boxes as received. 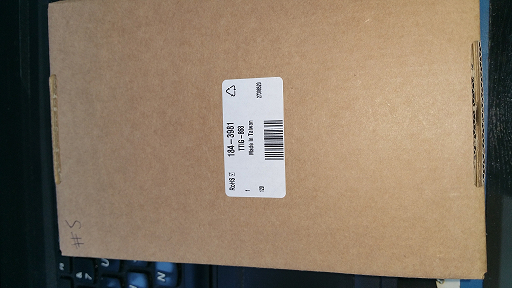 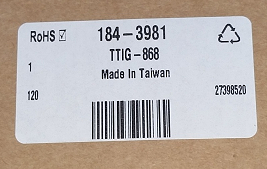 So looks like a mis-pack vs mis-ship or perhaps mis-labled when booking into RS stock.

Either way will flag to RS next week…and will play merry hell with them.!

Made in China…made in Taiwan

Per other peoples images it looks like the device is mis-shipped or mis-labled or mis-manufactured with the zero ohm resistor in the US position vs EU!

My guess is that the resistor is actually not functional, but rather just being used as a machine-installed marker of build version.

I’m also not entirely convinced that a US915 build would fail to start the concentrator with EU833 settings - it’s not like the Semtech silicon knows what the surrounding passive components are tuned for. In theory there could be an IO pin read somewhere by software or FPGA code that throws an error, but it’s not clear it is that smart.

And even in the unlikely case where the resistor is what is preventing it from trying to work on EU frequencies, just moving that wouldn’t change that all of the RF network are tuned for 915 instead of 868 - those aren’t something you can casually change without a full understanding of the design and a stock of the right parts. So even if it started, at best it would work poorly.

the us Version of TTIG automagically will Load US frequency Plans, when starting. So it never can be used in OLD EUROPE… Btw they also sent ME a wrong US Version…

Ok, yesterday morning I voided my warranty. Since pictures of the open patient have been already published, I add only a detail abot where i have put the antenna connector: 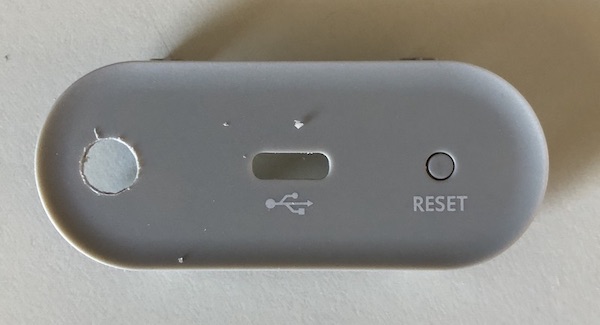 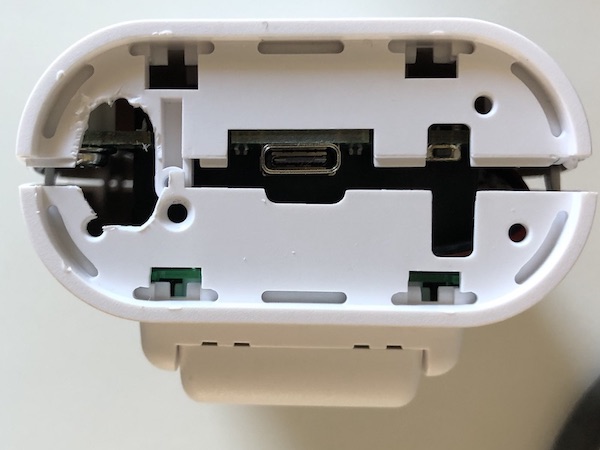 … and the final result. 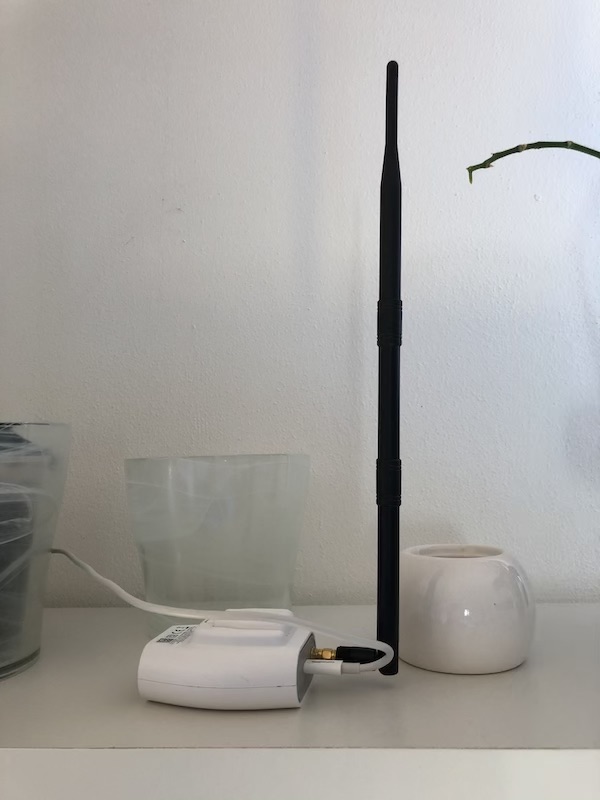 It is one I asked for on this thread time ago. Sold as 5dbi, cheap, but not really 5dbi (behaviour is more like a GPA, in my tests).

RS USA (Allied Electronics & Automation) has begun shipping USA orders. My TTIG ordered 3/13 was mailed last night from Ft. Worth, TX and is scheduled to be delivered tomorrow.

Is there any source code for the gateway’s firmware on ESP8266 ?
Is it possible to have it connect to anything other than TTN’s server ?

No source available. Hard coded to connect to a server that configures it for TTN at the moment.

Mine arrived in Boston today! Just got one connected and successfully passing some data using the instructions:
https://www.thethingsnetwork.org/docs/gateways/thethingsindoor/
(the EUI for me started with 58 rather than 5B… I can have trouble distinguishing them in tiny type)

A post was merged into an existing topic: Things Indoor Gateway - part 1

I had now the TTIG for a while and can now compare it with a RAK2245.
I realize, as many above that the TTIG is missing a lot of packets, and does not work with some of the channels. Is this problem solved ?

What is the way to update the firmware, and what is the current firmware ?
Mine is :

So I hope there has been a release since.
Thanks for any help.

I too found that some packets get lost. Packets I know of because received by 2-3 gateways at distance (10-20km, not mine).
My impression, formed initially when I observed with some attention the gateway log in the console, is that the gateway is like deaf for some time after receiving a packet. This in part could be due to downlinks windows, but I did not check whether downlinks were sent too in those moments.

My impression, formed initially when I observed with some attention the gateway log in the console, is that the gateway is like deaf for some time after receiving a packet. This in part could be due to downlinks windows, but I did not check whether downlinks were sent too in those moments.

Interesting - a test to run could be to blast out two packets in quick succession, that aren’t actually from any recognized node (and therefore won’t generate any downlink reply) and see if they get reported as raw gateway traffic.

This is something I promised myself to try, but I have yet to find time and will

A post was merged into an existing topic: Things Indoor Gateway - part 1

Hi guys. Recently received the TTIG. Works like a charm. But… no power plug in the package from RS Components. Was really hoping to get one afterwards…

Have somebody got their hands on one?