Damned, i really would like to know why my TTIG is around 800-900ms late, compared to a MatchX1701 which has GPS PPS and is on time.

Perhaps all mine are running consistently 800-900ms late!

With nothing to show otherwise and reference against I would have no way of knowing!..Its all relative…mind you RX1 & RX2 windows seem to work ok…

If someone at MatchX wants to send me an eval sample of the 1701GW I will happily put it through its paces in one of my test networks and compare to see if I see anything similar!

Availability on RS NL is 09-07-2019, is there any supplier other than RS to deliver in Europe?

Hello!
just received my TTIG.
no connector to the power outlet…
Where to buy one?
Where to have plan du print one?

Perhaps all mine are running consistently 800-900ms late!

With nothing to show otherwise and reference against I would have no way of knowing!..Its all relative…mind you RX1 & RX2 windows seem to work ok…

Keep in mind there are two fully independent possible issues:

These two concerns are completely independent - you could have a signal report referenced by a wire to a national standards time source reach the server an hour after the receive window closed. Or you could have a lightning fast IP network deliver a packet a few milliseconds from its end on the air, but with an erroneous timestamp from 1970…

8 posts were merged into an existing topic: TTIG tech topic 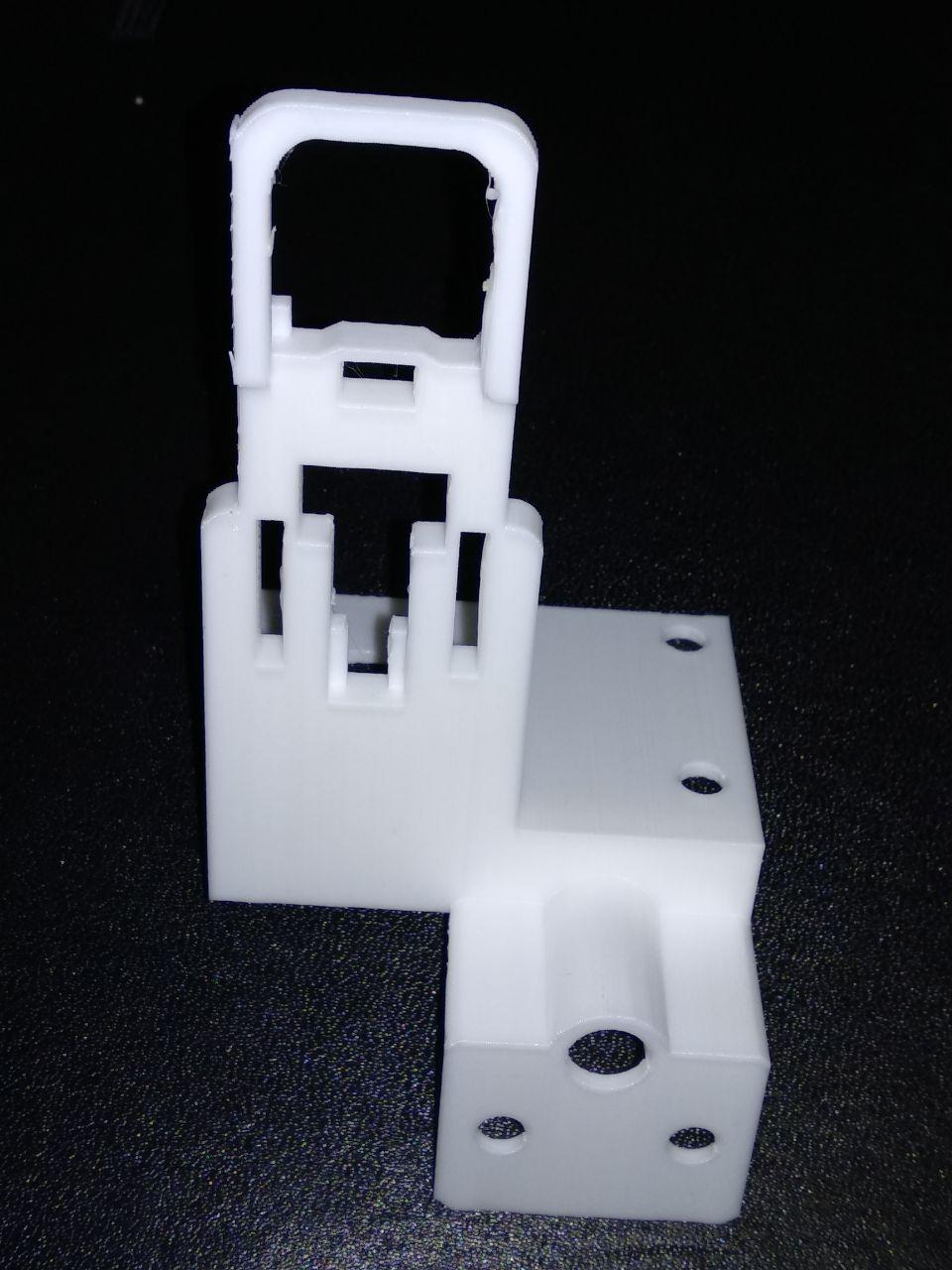 So you received a @thethingsntwrk #TTIG gateway without mains power connector. We at @ttn_mad have designed a simple adapter for a phone charger. You can print it https://t.co/hxEYN09oKt Or improve it https://t.co/P472M9kCg6 I think you will like it @xoseperez @TtnZgz
1 Like
BoRRoZ April 4, 2019, 10:01am #541

and what antenna/node/tracker/power did you use ?

) or RAK811 break boards. Signal range was topology and clutter limited rather than power/SF. On 2nd day I also set up a SMTC LoRa IOTSTK as reference platform logging locally vs through TTN or Cayenne from 2 of the LoRaMotes so I has some comparison of coverage between TTIG & my ‘reference’ platform. - Results look very similar on 1st pass as not pushing range this close in…still analysing 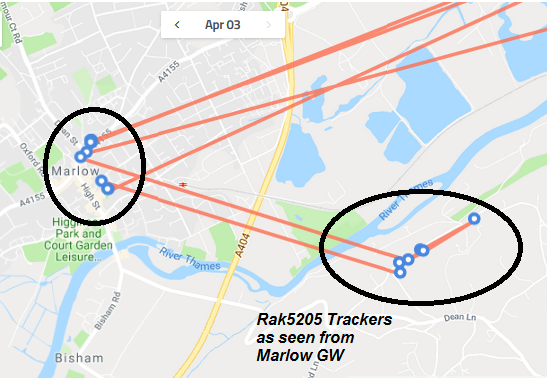 I think Sod’s Law has struck! Has anyone using this GW seem similar?

I managed to register 1st 4 TTIGs over recent days, quickly and no problems, all seem to be working fine and on soak test or been used for quick deployment tests as above example. Today I have registered the 5th unit and look to have a problem.

After configuring system all seems fine with device seen on WiFi network, connection is strong, IP address secured and supporting internet connection is fine. GW shows solid green LED. Registered device ok on TTN, can see it active in console and is shown as ‘connected’. The console device page shows the ‘Last Seen’ is updating regularly as expected therefore being seen by TTN backend. If I power cycle the device I see same process of flashing LED as it starts up and pings back end then secures local wifi/solid connection…nothing unusual compared to the prior 4…

Looking at traffic page I see no traffic activity

and stats show no packets received. Device is registered as EU868 and is on ttn-router-eu… router. All the other test TIGS and other GW’s at same location or nearby are seeing the test node traffic and various devices that transmit in the area but for this device zilch!

I can see it listed in the noc.thethings…

I would suspect it is wrong Freq build and not hearing nodes but configured for 868 in console and whilst there is nothing on lable/device to confirm version its was delivered in same batch as the other 4 and also device model looks to be set as TBMH10086800… which looks hopeful wrt build freq!

I guess intent is this is on a par with say a Poweline Comms Ethernet/WiFi Network extender, WiFi Extender or equivalent…not a fully open embedded (Linux/Other OS) platform.

My impression of these is that they are an interesting idea, but won’t really come into their own until

nonsense… but that’s my impression

EU mains pin/adapter holes no use here in UK but as you can see have alternate plans…just needed a holder as obviously unit cant stand up when powered given bottom cable entry;-) 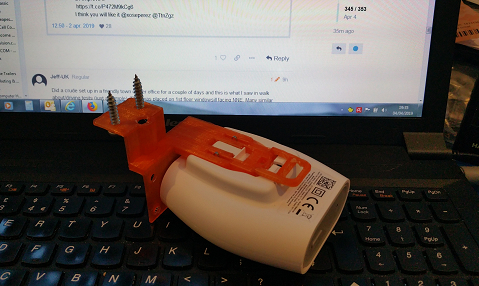 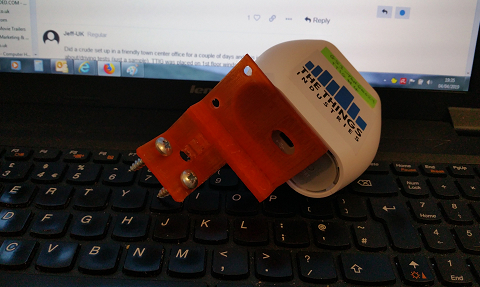 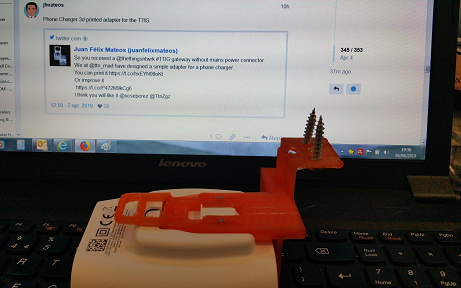 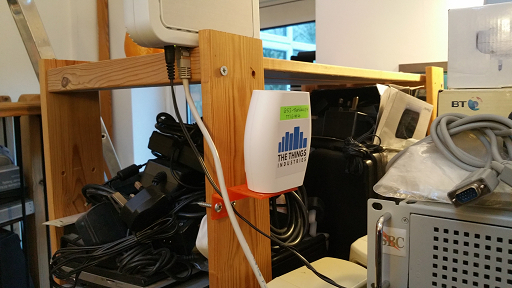 Just checked on RS UK site and looks like next availability isn’t until mid June!

so unless they have a spares stock to cover defective units it looks like RMA’ing the troublesome unit might be a futile exercise in short term…may just sacrifice it to test potential physical changes and experiments inc re-housing, adding alternate external ant etc…

Pity availability so poor as would likely order another 5/6 (10?) to have communities & potential clients test and play with…

Perhaps if I open up there is something by way of a debug port,

It seems so, there is some initial post about this, TTIG : The Things Indoor Gateway

Yes, thanks - had been trawling the earlier thread messages looking for possible solutions this evening and saw this also - might try to hack in coming days

Looking at yesterday data, I found a point collected at 2.6km, with no particular effort on gw placement. Not bad. As soon as I become used to it, I will open and put a better antenna

and then move under the roof.

is there any supplier other than RS to deliver in Europe? or any plans for other suppliers? 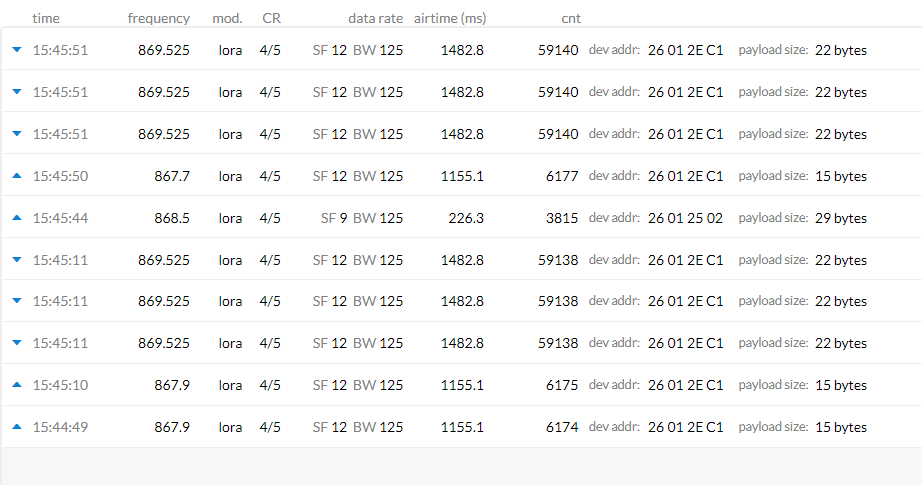