Any support questions you might have can be asked here:
https://www.thethingsnetwork.org/marketplace/product/the-things-node 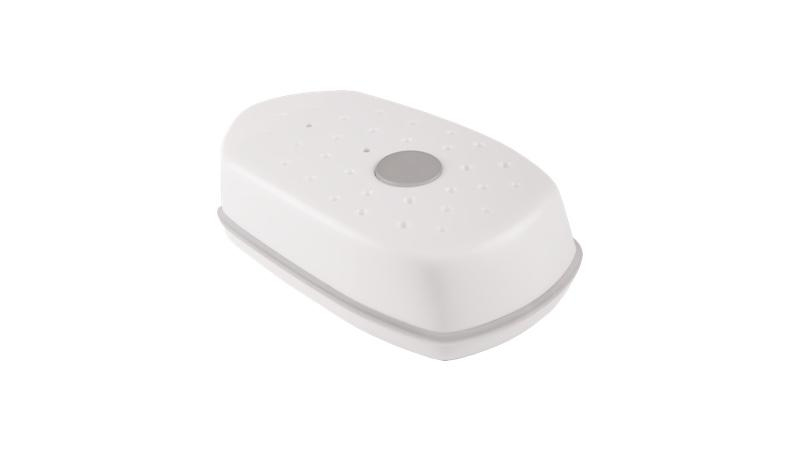 I get this message when trying to upload a sketch to the things node:

I have tried 4 different USB cables on two computers - same result, I have also tried putting the node into bootloader node as suggested in the troubleshooting section.

I am using Windows 10 - the TTN Uno seems to program fine using the same setup.

It might be that the bootloader is corrupted. Than can be corrected.

Thanks for the reply - how do I go about reloading the bootloader, I tried the option given in the troubleshooting section - double press on the reset but I still couldn’t connect.

This site is giving solutions for solving isses with The Things Node: https://www.thethingsnetwork.org/docs/devices/node/troubleshooting.html
As the hings Node is using sparkfun bootloader this page might be interesting too: https://forum.sparkfun.com/viewtopic.php?t=27960

I have already tried the TTN troubleshooting route - no luck. Reading through the Sparkfun topic I see most of it involves the “stk500_getsync()” error message which is not what I am getting. I also do not have an FTDI programmer.

If I cannot get it to respond via the normal USB cable then I will return the node for a refund.

As for “the same setup”: does the Uno report the same COM7? In other words: any chance you need to use a different port for the Node? In other words: is COM7 what the Arduino IDE is suggesting to use?

Apolgies for the confusion - I tried it on two PCs and the one I used to send these messages enumerated the USB as COM7 - the other PC (Lenovo laptop) brought the USB up as COM7 for the Node and COM8 for the Uno (Arduino Leonardo actually). Interestingly the Arduino IDE (latest version) picked up the Arduino Loeonardo (i.e. it showed the board name alongside the port but did not pick up the board name from the TTN node.

Would you expect the IDE to usually pick up the board name?

Update - eventually after many many attempts (the timing is critical) I managed to get node to accept a blank sketch during it’s few seconds of ‘bootloader’ mode (press reset twice). After that a normal upload works as it should.

My advice to others in this situation is to keep trying - it does work eventually.

Thanks again to all those who took the time to reply to my original post.

I’ve just recently bought the Node along with the Gateway but after following the instructions to register the gateway and create the application for this device, I persistently just get a “Join not accepted: denied” message; the accompanying message says “Check your coverage, keys and backend status”, which all look fine as far as I can tell.

Can anyone provide me with advice on how to go about troubleshooting this?

I purchased a things node and I cannot find it on the https://ttn.fyi/activate site.
It appears the APP_EUI is set to 0 instead of 70B3D57EF000001C
However, I cannot change this without reflashing which would overwrite the key as well.
The UART log can be found below.
Thanks,
Karel

Do you JUST want to see it on the map?

Or, as the map takes forever to load, you could use the Arduino libraries to setup your own application and do something with it - the map is just a bit of fun.

I just want to see it on the map.
I have the DEV_EUI, I can get the APP_EUI from the link you gave me, but then I need one APP_KEY for OTA or 2 session keys for ABP.
These should have been pre-programmed with the initial sketch.
Best regards,

Why did you expect 70B3D57EF000001C? The output in that documentation is just an example.

Really just a wild guess, but I’d assume the default sketch is using ABP, not OTAA. For ABP, no AppEUI is used by the device, so it’s fine that such is zero or any other value. (Too bad that the sketch is printing that in the log then; but I could be very wrong!)

Even more, note that the DevEUI is included in the application payload, as seen in the last 8 bytes in the log entry Sending: mac tx uncnf 3 126C00D10B48 0004A30B00EB0EAC. Including the device details in an application payload would really be redundant (and a waste of airtime) if the device were uniquely registered (as is common), for which the network server would then provide the DevEUI after validating the LoRaWAN packet’s signature.

So, I don’t think the device has been uniquely registered. Instead, I’d assume that The Things Industries (TTI) has programmed the very same ABP DevAddr and secret AppSKey and NwkSKey into the default sketch, and for that reason needs to include the true unique DevEUI in the application payload. This way, all devices can use the very same default sketch, and only a single device needs to be registered in TTN Console, for the application that is used to render that map. (You could tell the DevAddr from the gateway traffic.)

Can we get the key/… for this device so that it shows up on the map?

I’m quite sure TTI is not going to tell you the secrets used in that default sketch.

We purchased a new things node for the sole purpose of having it programmed with the default sketch and keys so that it shows up on the map.

While nice, I wonder what you’re expecting from that map. It’s just a one-time gimmick, proving that the hardware is working and that one is in reach of one or more gateways.

Still then: it should indeed work. So, do you expect to have gateway coverage in your neighbourhood?

10 posts were split to a new topic: The Things Node not responding to button press/release

Hello
Afer 2 weeks working, I have two TTN node that stoped to work.
Both nodes report by serial console COM the following log

I checket EUI and rest of keys and everything is oK. What is happend ?
Both nodes are a 1m of a TTN gateway

The nodes are too close to the gateway which might result in crosstalk keep at least 5-6 meters and preferably a wall as well between nodes and a gateway.