Ignoring the impact of sensor placement, solar radiation, wind eddy currents, etc. Having 2 decimal places for temperature and humidity seems unrealistic and adds clutter (noise) to the interface. What is the repeat-ability % for the sensors you are using?

@Sandgroper, totally agree. Part of this work is still in R&D and since sensor accuracy and repeatability are still part of the study I am sending one extra digit for now. Since sensors have digitising and other errors, I’m also looking at how many samples I should take and the time period between each to make up one reading. 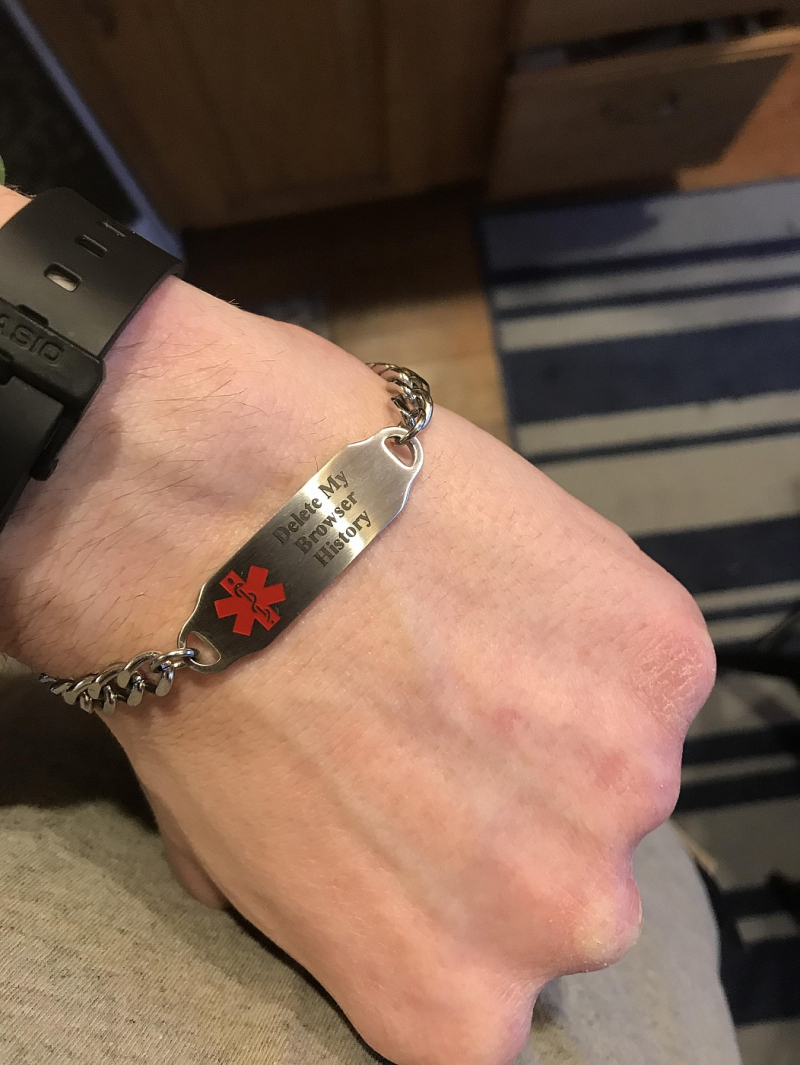 And the original @kersing spec gateway lives again. @Jeff-UK the culprit was indeed the SD card which I suspect was just worn out despite the moisture I found inside the enclosure! 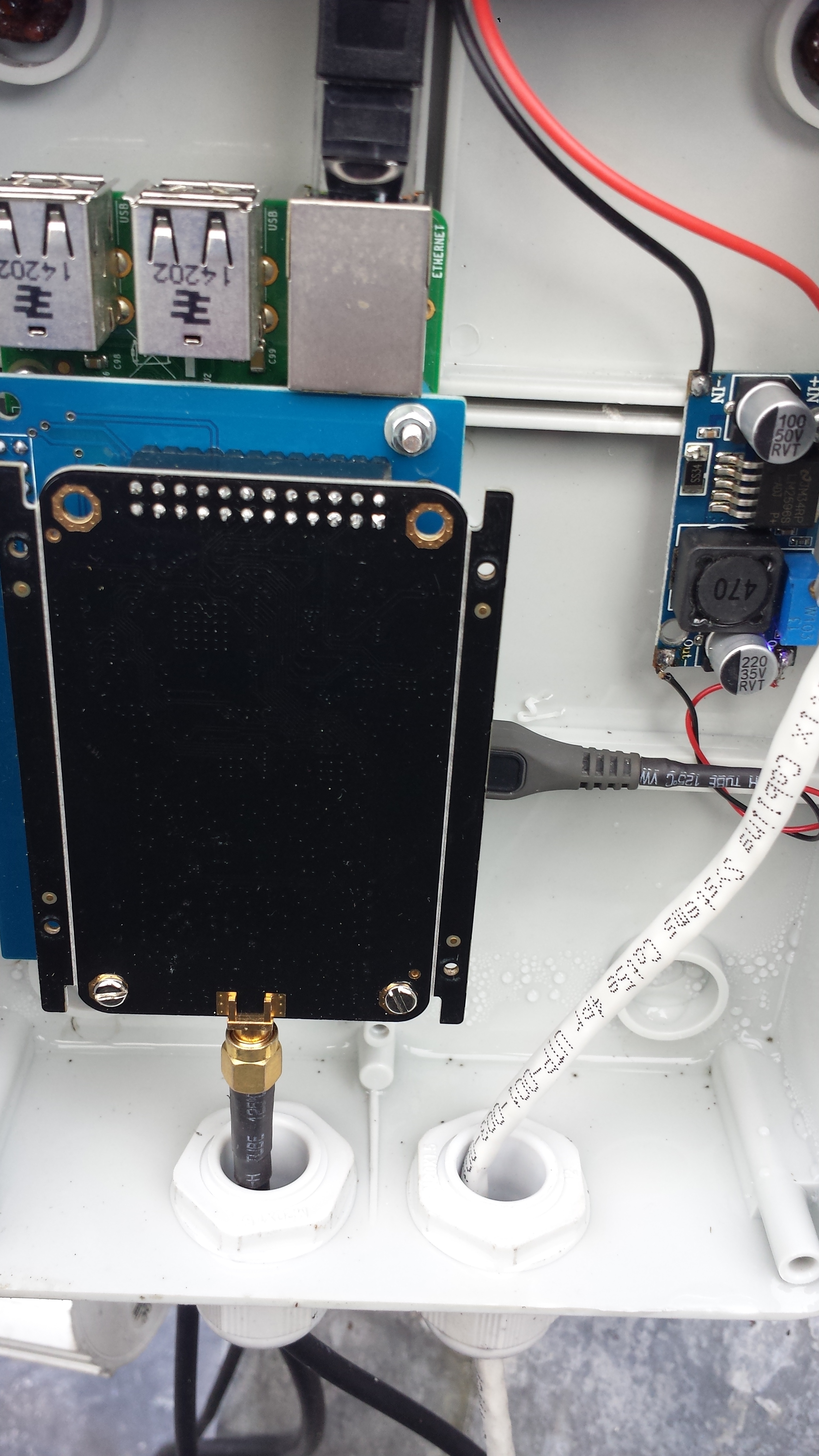 There has been much talk about number of writes and such like with SD cards and this card was of unknown origin before it was put to work on the roof of my house. It is is an enclosure which should be small enough retain a bit of the RAK831’s heat in the winter but large enough to survive our modest heat in the summer. It has survived two winters (uncharacteristically cold) and 1.5 summers, one of which was pretty hot and dry so I guess just a nuisance to have to haul it out and replace.

The SD card image was one I found on my PC which was Jac Kersing’s packet forwarder and which booted no problem and allowed me to use the balenaCloud dashboard to update. One more trip to the roof and all was well and a day later, still all well…

And the offending item? When I pulled out a MicroSD card adaptor it had a second unresponsive SD card in it already. I should throw more defective stuff straight in the bin! 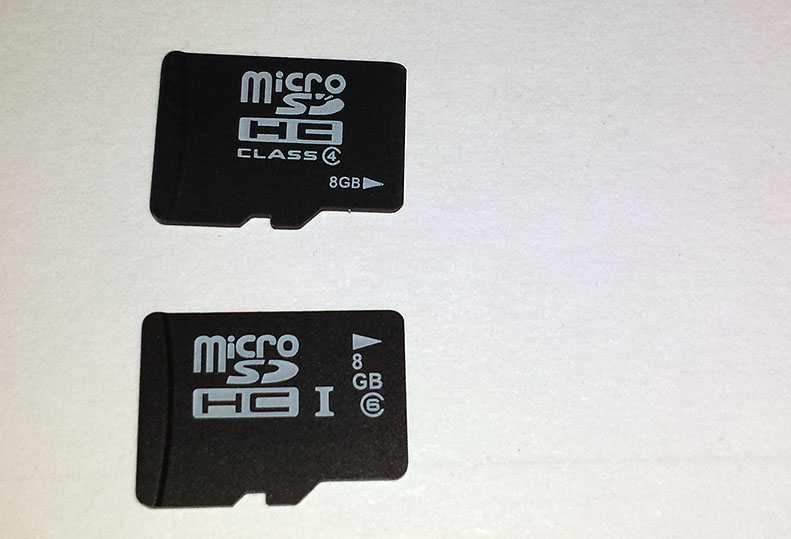 No name cards…use with caution from start imho! If not willing to stake name/brand rep then why should you

Glad to see you back up & running…

Belated Xmas pressie to myself finally arrived today - was expected ~week back! Can finally finish next RAK831 GW build 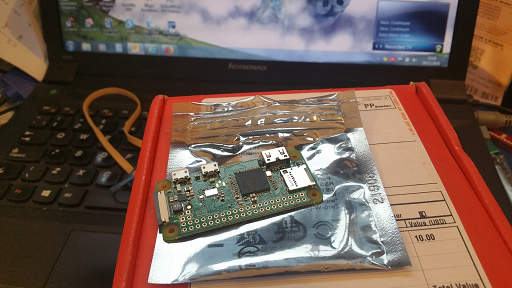 What amazes me is it was cheaper to buy this RPi0W from US vendor - even though built in a factory in UK (S.Wales) and have it shipped back than to buy from a UK/EU channel - even allowing for shipping (similar charges from UK stock vs across Atlantic)…not good for environment, but better for pocket!

Also frustrating that vendors only seem to sell 1 off’s of these versions (unless buying the ones with headers added - more expensive and dont work for the GW builds!

) - as I prefer to build & configure gateways in small batches - 3 to 5/6 at a time for speed, efficiency and economy. Shipping costs spread over more boards would be even better value! 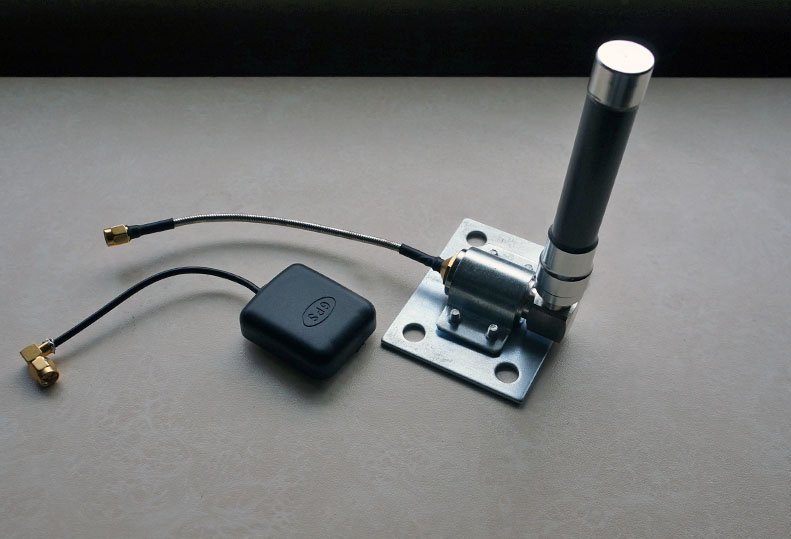 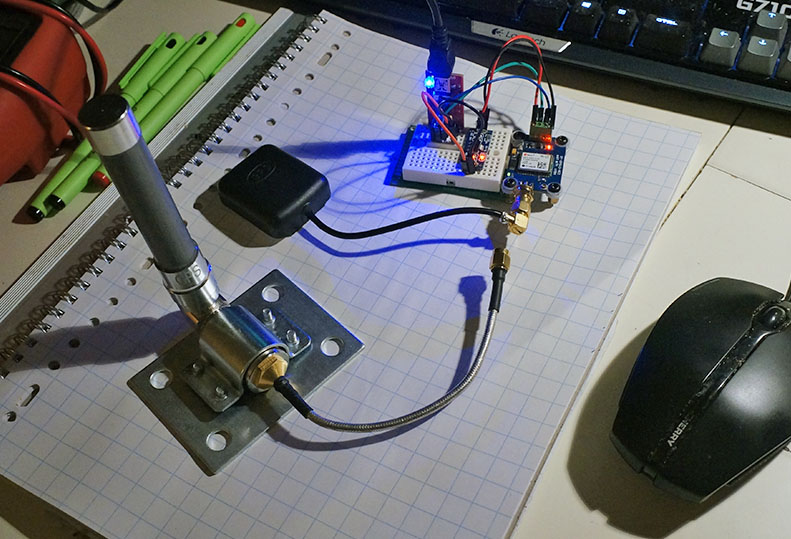 Ublox M8N connected to U center 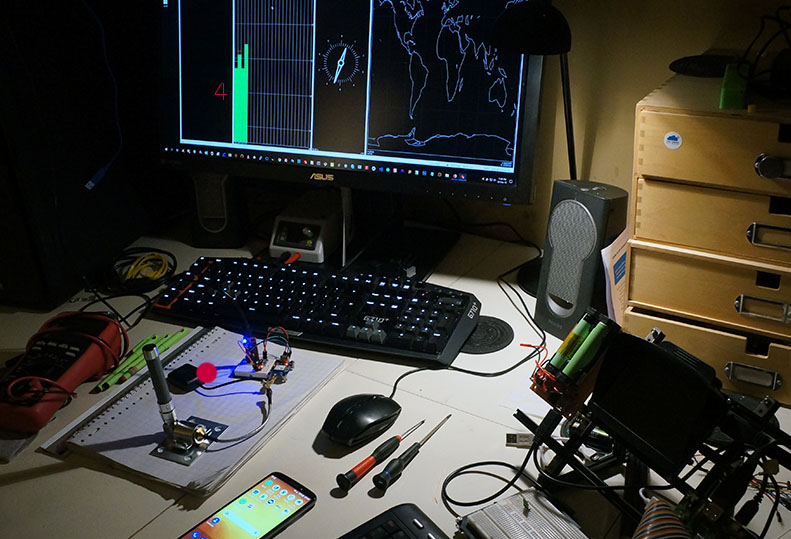 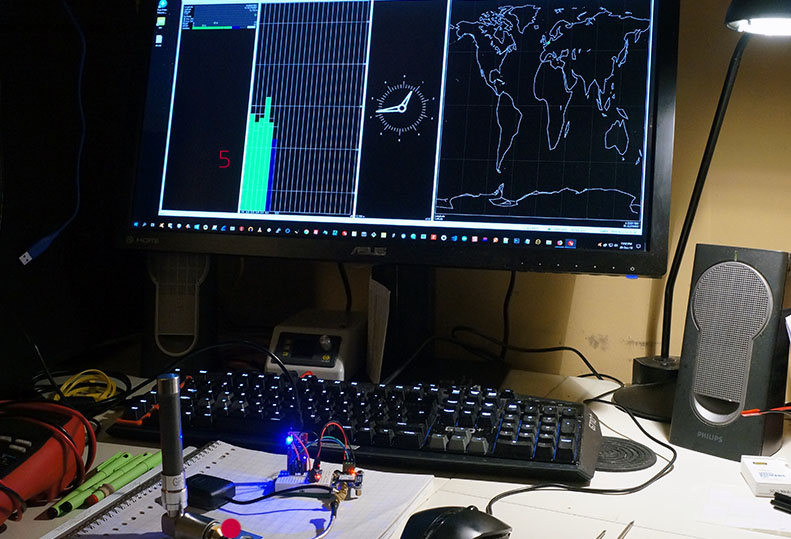 to my supprise, the ‘GPS stick’ is the winner So perfect for a mobile device

What amazes me is it was cheaper to buy this RPi0W…

I don’t get this…
RPI zero prices are kept artificially high overall in Europe. I don’t buy these as the value is not that good for the money they ask; although as you said in another thread they are the prime choice for a gateway when you want to go wireless…

Not sure I see the value of that one…
They trimmed down memory, the main difference with the Zero is the processor which brings the problems we now of the 3B+…

the main difference with the Zero is the processor

Which is useless for TTN — but I agree for other things it can help.

Although all in all I would prefer a device with more memory than a faster processor.

More CPU grunt ok if you want to run more on the GW but I’ve had no problems with the amount of proc power on the 0W’s (so far). I tend to follow KISS and minimise what is on a GW if poss - means less uSD wear and less heat/less power consumption.

A lot of my GW’s get uses for ‘pop-up’s’ where I set up a GW for a short test or trial - either for myself or a client - and spend a few hours mapping area coverage/doing surveys or checking reach to specific locations of interest to clients. These tend to be run off USB power banks. Run times can be as short as <4 hrs allowing a quick mornings or afternoons testing after client discussions or where I want to run a quick check myself or if I use Pi0W’s can get 6 or even 8 hrs - enough for longer range surveys and longer times collecting data…in case of delays returning to GW I like to have an hour or 2 spare capacity so there is no risk of GW shutting down under power loss - potentially corrupting uSD card forcing image rebuild or in the case of self contained units potentially loosing any gathered trial data - as I have time to get back and trigger graceful shutdown to allow for close out or simple battery swap and then restart

The fact @Charles RPi0W/RAK831 i/f card has button for shutdown means I don’t even need to log onto GW through a local network to trigger shutdown as I do with other RPi/831 based systems - self builds or Pilots or with the iMST Lite GW - allowing very fast battery swap and back up and running!.

I’m compiling a short list of GW power consumptions (a bit unscientific but indicative!) to publish on the TTN forum, having already mentioned some already in other threads. Many GW’s designed to run off higher PSU/Wall-wart voltages will in fact run off 5VUSB power banks esp if at higher end of voltage spec under load. Classic one I often use is the Laird RG186 which is fine as long as the 5V ramp is sharp enough - otherwise have discovered it may fall foul of the brown out circuitry and power up a basic system but not go through full power on reset and start interfaces…

I also liked the RP2 but I gather they now build using same MCU as RP3 bringing the other issues commented elsewhere (SPI timing etc.).

social media tycoons like FB/GOOGLE for example, have a problem that processors in (new) phones are not fast enough for all the AI that’s coming, that’s ready in the LAB’s.
They want more AI (pre) processing power in your hand over everything cloud based.

Old thinking is to keep adding processing power in stead of optimizing algorithms.

For lorawan gateways processing power is not the bottleneck (when looking at RPis). Memory can be tight at times.

A worry is the environmental impact of all our IoT devices and smart phones. Where I drastically reduced energy consumption of our household some years ago I notice an increase over the last few years due to smart assistants, smart lights (always using a little power in stead of an on/off switch) etc etc

My doctor told me to get away from my computers more and exercise.
So I installed the app. 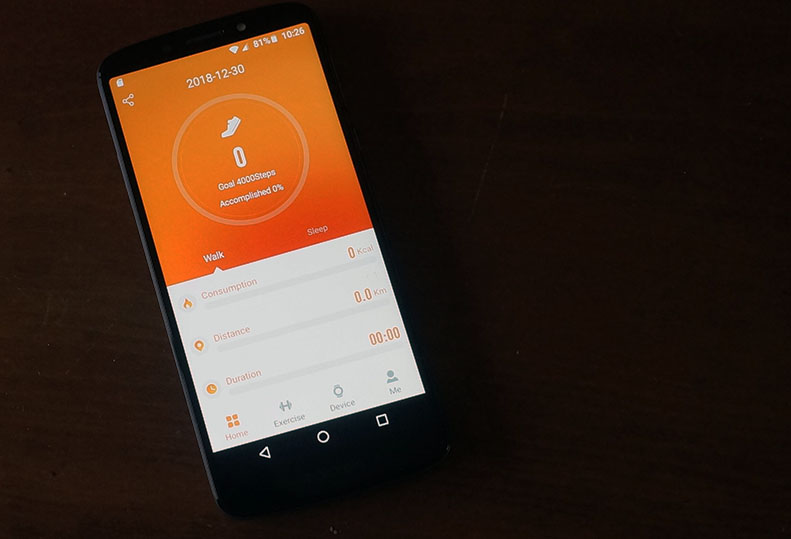 and ordered the BT transmitter 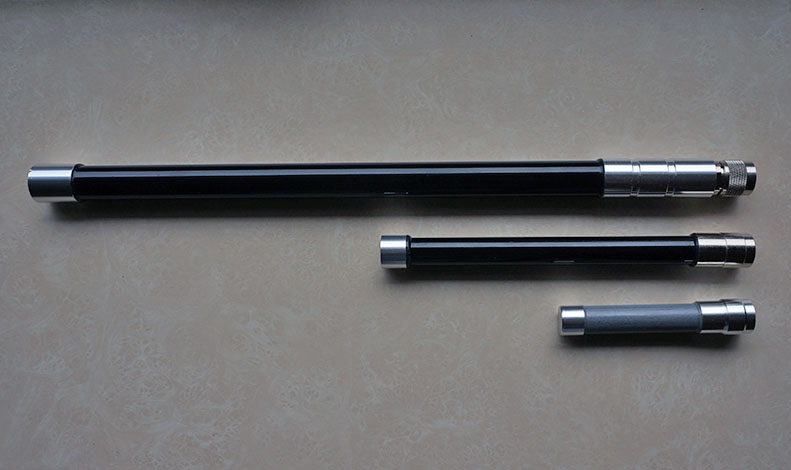 We are continuing in The WORKBENCH part 3