Why application data is shown as historical?

Hello!!! When I see the payload in the TTN console some have counter and some are shown as historical data? Do you know the reason and what historical data means? Thanks a lot 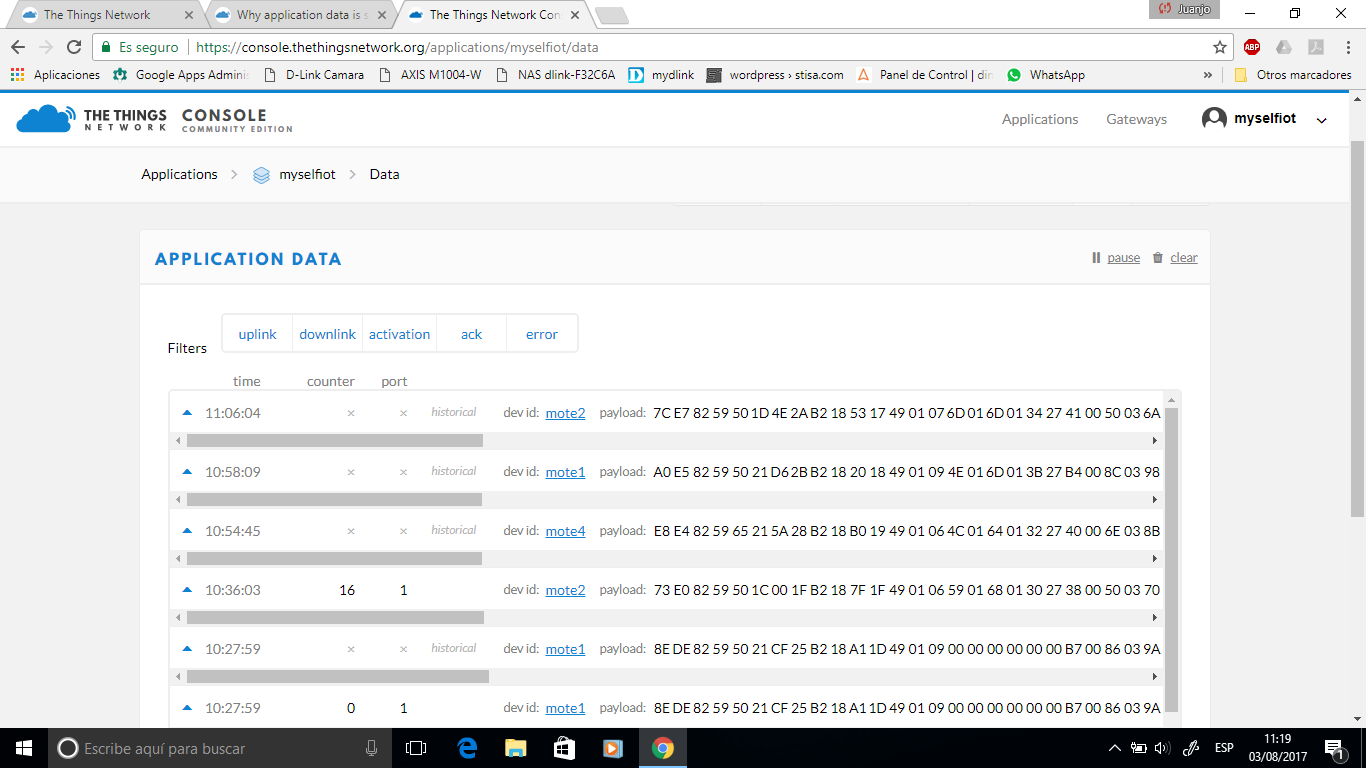 Storage Integration - Not showing payload fields when integers or floats
Gateway traffic and application data not available
In TTN Gateway Traffic is shown but the Application data is not shown
Data Storage Integration Not working with TekTelic Sensor?
How do I know a gateway is operational?
Old decoder value still there after removed when enabled Data storage
Display rssi on tin console
Packets do not appear any more in console
Retreived from historical data
LGT-92 is not working as supposed, and all devices use identical APP EUI A000000000000102
MikroTik LoRaWAN gateways and concentrator boards
Missing messages between gateway and application
arjanvanb (Arjan) December 3, 2017, 1:27pm #2

This is only shown for some applications. From Slack, September 26th:

If you have the “Data Storage” integration enabled, the console will try to fetch the latest messages from the storage.

So, those are recent messages that arrived before you actually opened TTN Console.

As the Data Storage integration only stores the application data and a timestamp, you’ll not see any metadata such as the counter, port, data rate, or details about the gateway(s). That’s why it will show “This message was retreived from historical data, some information might be missing.” instead.

For the Data page of applications that do not have the Data Storage Integration enabled, and for a gateway’s Traffic page, TTN Console will only show messages that arrived since you opened TTN Console.